Our equities expert examines the prospects of the Mirror and Express publisher. 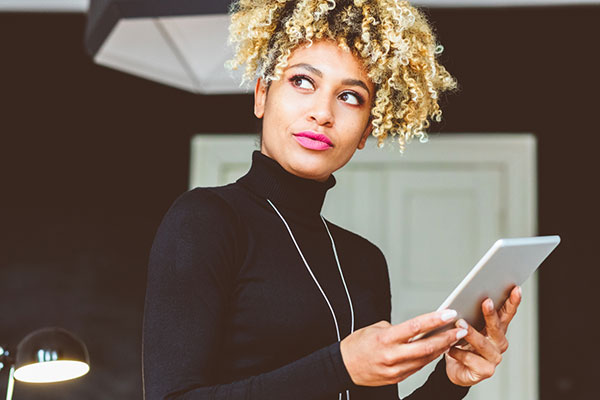 I have made a current tactical point of being attuned for companies declaring revenue/earnings beats.

While they are helped by soft comparators from the first and harshest UK lockdown, also cautious guidance thereafter, it may also signal which businesses have been honed well during Covid and are best placed to capitalise on a new era.

On which basis it is worth noting interim results from £1.2 billion media publisher Reach (LSE:RCH), which owns dailies such as the Mirror, Express, Star, Sunday People and a plethora of regional titles.

In overall terms, a 3% rise in group revenue to £302 million is nothing special but the interesting benchmark is progress in digital – both to substitute decline in traditional print media revenues, and because digital represents the future for advertising revenues.

At end of June, digital registrations were 6.7 million, up 150% on a year ago, with management is confident of achieving 10 million by end-2022.

These are key to providing enriched data, underpinning Reach’s “plus” portfolio of targeted advertising products. Partnering with data specialist BlueVenn, a platform is being developed to achieve this, also personalised media content.

This compares with £232 million revenue from print (comprising circulation, advertising and printing) which has continued to decline, by 4%.

Significantly, management proclaims “a pathway to sustainable growth” than the one-off re-rating you might suspect – by way of a recent consensus forecast for £114 million annual net profit then £115 million in 2022.

Current trading “ahead of expectations” signals upgrades are due.

Rating could still be modest as the business transitions

Despite price soaring over 400% since I drew attention last September at 75p (after Reach’s 2020 interims), higher forecasts would keep the stock on a single-figure forward price earnings ratio (PE).

The re-rating appears to mark the end of a 25p to 150p sideways channel since the 2008 crisis which involved a major re-positioning – also, to get the legacy “Maxwell pension deficit” under control and eliminate debt.

For years, what used to be called Trinity Mirror Group used to languish on a PE in a range of two to four times because few believed the business could thrive sufficiently to shake off its yoke.

Free cash flow was £26 million after chiefly deducting £16 million deferred consideration for acquisitions. Once earn-outs reduce, that would leave a strong basis to raise pay-outs.

This is after also cutting the pension deficit from £336 million to £255 million year-on-year, and investing £20 million in 14 projects as part of a Customer Value Strategy.

Coming a month after the 27 June period-end compares with 28 September last year, and underlines efficiencies achieved in a 2020 transformation programme.

Disparity between reported and adjusted figures – i.e. flat £28.6 million operating profit and 11.2p negative earnings per share (EPS), versus £68.9 million profit and a 27% advance in adjusted EPS to 17.8p – relate to property rationalisation where a loss was involved, also a change in the tax rate.

Performance has also varied from the first to second quarter of 2021: digital rising 25% then by 65%, while print fell 15% (partly affected by closure of two plants) then rose 7%; such that group revenue fell 9% in the first quarter and rose 17% in the second.

A more consistent pattern of trading is expected in the second half.

Management appears confident that print’s decline is stabilising, although I prefer to await more data than assume an inflection point.

While I have a few older relatives who prefer newspapers, in my 50s I have not read papers for more than a decade. Digital is on the ball and clutter-free.

Frustratingly, the results’ segmental analysis does not reveal profit contributions of digital versus print, but my sense is that early initiators in digital content will be best placed to capitalise – also recalling my article last Friday on Alphabet (NASDAQ:GOOG) how Google Search is the modern newspaper stand.

Witness “the reach of Reach” nowadays when you next clear your browser: then to get serial Accept Cookies requests via its national and regional stories.

This is not altogether surprising where media titles are involved, and partly reflects historic acquisitions.

Otherwise, balance sheet current assets/liabilities are in good balance, including trade receivables/payables, and there is no debt just £38.2 million lease liabilities.

Year-on-year, the pension deficit has reduced from £336 million to £255 million.

It is a radical improvement from past years when a combination of debt and pension liabilities meant Trinity Mirror was seen as effectively a pension scheme with newspapers attached.

Hard to see this stock de-rating by much

Its chart reflects a status change from ugly duckling of past years, to modern media swan - based on cutting-edge content and IT data for advertising appeal.

A more normal PE of 12x or higher would be appropriate than single-figure multiples for an assumed, slowly-dying business.

In terms of strict downside protection, a circa 7.5p a share, prospective dividend, constitutes barely a 2% yield, and it is a way to go before cash flows mature can pay out materially higher.

With many holders now conscious to protect gains, any disruption in the Reach story or wider markets would probably trigger some extent of drop.

But the CEO of two years here, appears to know exactly what he is doing; hence a stock fall be seen as another buying opportunity. On a two-year view, it looks as if 500p is fair as a median target. Hold.