There are plenty of reasons why it makes investment sense in a potentially increasingly challenging environment, says our companies expert. 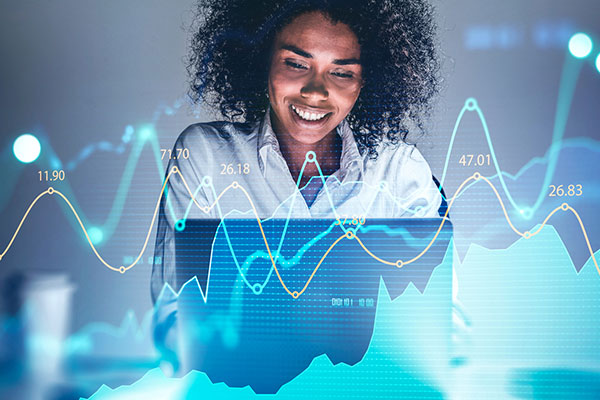 Shares in the £71 billion tobacco and e-cigarettes multinational British American Tobacco (LSE:BATS) fell 7% following the invasion of Ukraine, but are now recovering poise – up from £29.80 to just over £31 this week.

I am inclined to keep it in the frame as a means to wealth protection and shareholder returns. The same goes for Imperial Brands (LSE:IMB), although the market is likely to prioritise BAT given its better progress in non-tobacco products.

Such stocks still have downside risk in another major sell-off. Soaring commodity prices have a whiff of 1973, when equities proceeded to lose around two-thirds in value. This is not to say history will repeat itself, but just that we should be aware of the similarities. There is also some risk that cigarette sales will reduce amid lower disposable incomes.

But very strong cash flow profiles on these companies imply they have scope even to trim dividends and still offer superior returns. BAT’s prospective yield is currently near 8%, and at £15.45 Imperial is over 9%.

Benefiting from rotation from growth to value

This is an illogical contrast in the sense that all equity value represents the net present value of growth in cash flows. But for ease of thinking, investors distinguish between potentially faster-growing companies – whose equity enjoys a premium in a low inflation/interest rate environment – and traditional industries with low growth prospects, which are priced for an attractive yield to compensate.

When I drew attention to BAT and Imperial last November, at £28 and just over £16 respectively, I explained that 2022 could see an aspect of portfolio rotation from growth to value.

This could echo the aftermath of the 2000 tech stock rout, when Imperial rose sixfold and BAT over eightfold despite tobacco stocks being written off by many commentators amid litigation by US states.

I do not want to imply a similar extent of upside now, but again macro parallels exist in terms of the scope for money to exit growth stocks as inflation and interest rates rise.

Indeed, both these stocks began to rise from December despite the fact that there was no company-specific news enhancing their investment case. BAT rose 23% and Imperial 14%, arguably confirming my point that BAT is the relative favourite.

As the universe of dependable equity yields contracts, and inflation pushes up costs for industry, those few companies able to withstand the new environment will come into focus. Smoking will always have ‘sin’ status but investors perturbed by this will have long since sold.

How discretionary are smoking products?

Against the bull case relating to inflation and equity yield, there is a potentially adverse impact on consumer demand as disposable incomes are increasingly pressured.

In the UK alone, a money saving expert claimed yesterday that the latest gas price increases mean the average domestic energy bill will rise from around £800 annualised to £2,000 by end-2022, and double to £4,000 in 2023.

Fuel could consolidate up to 50% higher than recent years, boosting input costs for food, with fertiliser prices also soaring.

This poses a big question over medium-term consumer discretionary spending – a potentially harsher effect even than the 2008 crisis. Back then, affluent Brits continued to eat and drink out, and pub stocks such as Young & Co's (LSE:YNGA) commenced a 10-year bull market.

Smoking is a tricky area where demand is supported by addiction, so you would think it is more defensive than furniture or new car sales, or possibly even alcohol.

But despite the potential for global demand for smoking products to ease, unless inflation is checked I think there is a case to add BAT around current levels.

Should the market sell off on inflation worries and/or growing pressure on Nato countries to intervene in Ukraine, it constitutes a fresh ‘buy’.

Having launched in Russia over 30 years ago, BAT has invested over $1 billion there, achieving a near 24% share of the cigarette market.

A St Petersburg factory produces brands such as Rothman, Dunhill, Lucky Strike and Kent. There is a Moscow head office and 75 regional offices.

Looking to the future, its e-cigarette brand glo is the second-largest in Russia by way of sales volume. Russia has become the world’s second-largest market for tobacco heating products.

Last Wednesday, BAT announced it would continue selling cigarettes in Russia but suspend capital investment and scale back marketing. So far, this falls short of Imperial Brands which has halted operations altogether.

BAT’s Ukrainian operations – a factory at Pryluky employing over 1,000 people, plus various offices – have however been suspended for safety reasons. Quite what effect that may have on supplying other markets in the region is not clear, but it is not hugely significant anyway.

Russian revenues are accounted for within BAT’s Europe and North Africa – ENA – division, which represented a modest 18% of 2021 group operating profit.

Potentially, a rise in the illicit global tobacco trade as Covid restrictions ease (where tougher border controls had reinforced legitimate trade) may have a more material effect on group profit than ENA revenues easing.

Note also that Russian prospects look impaired given that inflation is set to rocket there, which must hit demand; moreover, the rouble has devalued by around 45% and various Russian banks are banned from using the international SWIFT system.

For chastened times, BAT’s business model stands out financially. At around £31, the stock trades on a 12-month forward price/earnings (PE) of 8.4x assuming consensus for an 18% rise in net profit over £8 billion this year.

But I question the consensus earnings per share (EPS) growth target of 9% to 356p, given that the company initiated a £2 billion share buyback programme from 14 February, to end no later than end-2022.

Say an average price of £35 is involved: that would imply 51.1 million shares or around 2.5% of the issued share capital is bought back. While not especially material, it adds to the curiosity of a mismatch between net profit and EPS hopes.

Moreover, the historic table shows free cash flow per share significantly ahead of normalised EPS, hence true cover for the dividend being more like 2x.

The extent of BAT’s yield, together with its buyback programme, should mitigate the stock’s downside risk in months ahead if equities sell off more violently.  There is scope even to trim the dividend should sales falter, yet for its stock to remain relatively attractive for income, and the same is true at Imperial.

A priority for ‘buy’ lists

Despite some wealth management bosses talking about an imminent break on the upside for risk assets in the event of a ceasefire in Ukraine, I remain realistic.

On 21 January and contradicting ‘experts’ who argued Putin would not invade, I set out reasons why it was more likely he would – starting with his July 2021 essay on the unity of Russia and Ukraine.

Complacency persisted despite intelligence reports of Russia setting up blood banks towards its military front. Likewise, it seems unrealistic to me to suggest yesterday’s talks between Russian and Ukrainian foreign ministers could actually make progress.

Overall, I believe difficult months lie ahead, hence a ‘belts and braces’ approach to money management is required.

BAT is not an ethical investment, but it merits priority attention – especially if the market drops. Buy.