We name the 10 shares in the FTSE 100 with the highest yield. Will the dogs outperform the wider market in 2021? 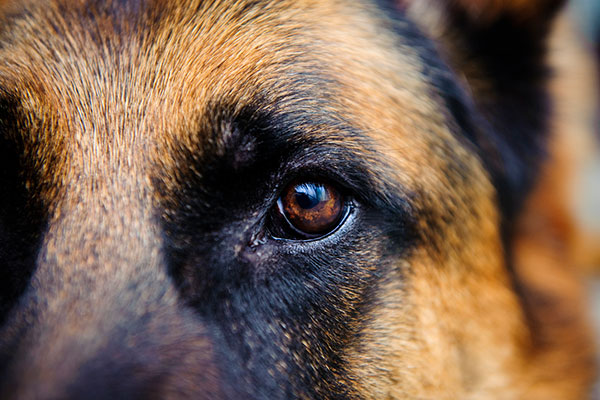 Against a backdrop of continuing uncertainty for many industries, there is some positivity about FTSE 100 dividend prospects for 2021. Indeed, there were signs of a pick-up at the end of last year, and the index ended the year on a yield of 3.8%, albeit down from 4.35% 12 months earlier, according to Siblis Research.

Nonetheless, dividend payments in 2021 are not expected to return to pre-pandemic levels anytime soon - not least because some companies such as the oil majors are likely to take the opportunity to dial down their payouts to a more sustainable long-term level.

What does that mean for our Dogs of the FTSE strategy, which involves investing in the 10 highest-yielding blue-chips on the grounds that these often irrationally unpopular companies will see a share price bounce in coming months? For investors keen to run with it in 2021, here’s the new line-up.

Miner EVRAZ (LSE:EVR) continues to top the table, with a meaty 11% yield, though dividend cover - the number of times a company can make shareholder payouts from net income – stands at just 0.3 times.

According to Richard Hunter, head of markets at interactive investor: “The company could profit from the perceived economic recovery in the second half of 2021. Its exposure to steel could benefit from any number of construction booms resulting from revitalised economies.”

Tobacco producer Imperial Brands (LSE:IMB) remains a key defensive choice, yielding 9.2% and with dividend cover at a more reassuring 1.8 times. However, it was impacted by the pandemic as people’s finances were squeezed and travel restrictions meant duty-free sales fell off a cliff.

“A return to travel would provide a boost, although regulation and litigation perennially overhang the sector,” comments Hunter.

It isn’t hard to see why oil major BP (LSE:BP.) decided to halve its dividend in 2020, as demand for oil dried up globally. However, the damage also done to the share price means its yield remains alluring. Again, if travel picks up later in the year, prospects for BP should too - especially if OPEC’s current efforts to limit oil supplies remain in force.

British American Tobacco (LSE:BATS), a new entrant to the 2021 kennels, has been doing well from its innovation in non-tobacco lines such as vaping products. Unusually given the pandemic, it raised dividend payments through 2020 from 2019, and has now raised its full-year revenue forecast. However, net debt is high; and as mentioned the tobacco sector has ongoing structural challenges.

Another newcomer is insurer Legal & General (LSE:LGEN), paying 6.8% and with a reasonably comfortable 1.7 times dividend cover.

Hunter points out that attitudes are relaxing towards dividend-paying financial stocks; the fact that there are “no signs of strain on the company’s ability to pay” is another positive for Legal & General. “The company is well positioned in the long-term savings market, as well as in annuities and equity release” he adds.

Investment manager Standard Life Aberdeen (LSE:SLA) returns to the kennels in 2021. It has had a difficult time since the two asset managers merged in 2017, struggling to make the business work in a highly competitive market.

Against that, if internal problems can be resolved, the business should be able to capitalise on positives such as the ageing population, moves by government to place a greater emphasis on individuals to save for their own retirements, and the continuing ultra-low interest rate environment which has seen cash savers turn towards equity-focused products.

Another financial services company, Phoenix (LSE:PHNX), joins the 2021 Dogs with a 6.6% yield and dividend cover of 1.9 times. Hunter says the business model is proving a canny one.

“Intense competition and pressure on life and pensions providers to reduce costs has allowed Phoenix to grow via acquisitions and then strip costs. Pearl Assurance and Abbey Life are now both part of Phoenix,” he comments.

M&G (LSE:MNG), another operator in the asset management arena, also enters, with its 6.5% yield securely covered four times by net income. The company could be a beneficiary as people move away from the comfort of cash during the pandemic, particularly given the growing likelihood of rising inflation and interest rates remaining at low levels.

“Any move to investments for the longer term could benefit the likes of M&G, with its suite of suitable products,” suggests Hunter.

It is perhaps surprising that pharmaceutical and consumer healthcare giant GlaxoSmithKline (LSE:GSK) enters the kennels for 2021, given the events of the past year. “Recent numbers disappointed investors, but GlaxoSmithKline's forecasts for 2021 are based on healthcare systems and consumer trends returning to near normality in the second half of the year,” comments Hunter.

The company anticipates that for its pharmaceuticals division revenues will remain flat or grow by low-single digits, while consumer healthcare grows by low to mid-single digits.

Hunter points out that despite challenges in recent years, Vodafone remains “a cash-generating behemoth, with its multi-million customer base across the UK and Europe making a powerful cumulative contribution to income”. And there’s good news in that overall service revenues swung into positive territory in the latest quarter, up 0.4% following a decline of 0.4% in the previous one.