Small-cap shares and tech stocks have been among the worst hit during the market sell-off. Here’s award-winning writer Andrew Hore’s honest appraisal of his tip performance so far in 2022. 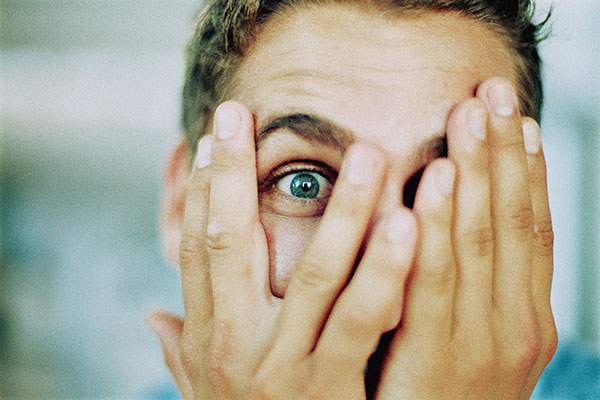 My AIM recommendations for 2022 have been a mixed bunch in the sense of the mix of declines in their share prices.

Two have been exceptionally poor and another two have fallen by lower percentages. The one that was doing well has fallen back to around the recommendation price. Most still have attractions but one is looking like a particularly poor choice.

I thought that this year gift wrap, gifting and stationery products supplier IG Design (LSE:IGR) would start to recover but things have got worse, and the recovery is delayed. Good service levels mean that demand for the products is still there, but the cost base needs to be attended to. A new chief executive will be appointed and there is the promise of an update on strategy with the interims later this year.

Full-year revenues increased from $873.2 million to $965.1 million, but an underlying pre-tax profit of $32.8 million was turned into a loss of $1.3 million. Higher freight and supply chain costs hit the business. Net cash was $30.2 million at the end of March 2022, although there are points in the year when there are substantial borrowings. The bank facility has been extended to March 2024.

The American business slumped into loss, while the international business continued to be profitable. A new management team is being sought for the American operations and it will need to reduce costs and improve margins. Craft sales were flat.

A modest rise in revenues is forecast for this year. IG Design could still be loss-making, although it is expected to generate cash.

The share price rose after the annual results. Directors have acquired shares at prices between 70p and 83p since the results release on 28 June. That has helped the price recover from its low, but it is still well down on the year. The business will recover because the customers are highly supportive – the order book is already 71% of this year’s budgeted revenues - and margins can move towards former levels, but it will take time. The forecasts appear to be set at a level where there should be no more significant negative surprises. Buy for recovery.

Shield Therapeutics (LSE:STX) is the one company out of the five that I am not confident in. There should be a market for its product, but does the management have the ability to fully exploit the opportunity? Forecasts were all over the place earlier in the year and expectations have been managed poorly.

The 1 July is the first anniversary of the launch of Accrufer iron deficiency treatment in the US, and sales were slow to gather momentum. Most of the 2021 revenues of £1.5 million were generated in Europe. The latest figures show some progress in Accrufer revenues, with first-quarter Accrufer prescription double the number in the fourth quarter of 2021 – taking the total prescriptions for the quarter to more than 3,900.

There was always a concern about the need for more cash, but the poor performance has made the need for funds more urgent. Having failed to raise money via a share issue, management has obtained a $10 million loan, which can be converted into shares, from major shareholder AOP Orphan lasting until the end of 2023, although it is repayable if at least $30 million of funding is raised. This cash could last until the end of 2022 after which more will be required. This loan is secured on the US IP for Accrufer, which is the main attraction of the business.

finnCap forecasts net debt of £20.9 million by the end of 2023 and that assumes there will be no more downgrades of forecast US revenues. This recommendation was a big mistake and Shield Therapeutics is one I would avoid until there is more indication of real progress being made. The Ebiquity (LSE:EBQ) share price did perform strongly early in the year, reaching 71.5p for a gain on my tip price of 40%, but it has fallen back to around the original recommendation price. This may be partly due to the share placing raising £15 million, before expenses of £1.6 million, at 53p a share to fund two acquisitions satisfying short-term demand for the shares – as well as a decline in AIM.

The media investment analysis services provider returned to profit in 2021. Ebiquity revenues improved from £55.9 million to £63.1 million and a loss of £1.3 million in 2020 was turned into a pre-tax profit of £4.1 million.

The two acquisitions should be earnings enhancing. Sweden-based MediaPath Network provides performance measurement and benchmarking services for multi-national advertisers, such as Heineken and H&M. The purchase of US media audit company Media Management will double the pro forma US revenues to £10.7 million. This is a region where Ebiquity was underrepresented.

Non-exec director Richard Nichols bought 2,831 shares at 71.7p each in April. The share price decline means that the 2022 prospective multiple is 10, falling to eight next year. Advertisers want to know they are getting value for their spending and Equity helps them do this. The prospects are good. Buy.

Trading has been slower than hoped at energy efficiency as a service provider eEnergy Group (LSE:EAAS) and that led to a profit warning. The strategy is progressing well, though. There is demand for lighting as a service and interest in new product offers, such as solar.

Contracts are being delayed and that means that 2021-22 profit (EBITDA) could be £3 million and not £4.4 million as previously expected – still a significant increase on the £800,000 reported for the previous year. It is taking longer for customers to sign up for multi-year contracts and Ireland is recovering slowly from Covid lockdowns. Contracted forward revenues were £23 million at the end of March 2022 and £8.3 million of these revenues should be recognised in 2022-23.

eEnergy has increased its stake in the smart metering and analysis platform MY ZeRO from 51% to 85.5%. This is part of the strategy to integrate services and data. The company has launched eCharge in partnership with EO Charging, which will provide equipment while eEnergy will operate the charge points sited in education premises.

Earlier this month, non-exec director Gary Worby acquired 649,337 shares at 7.7p each – taking advantage of the share price drifting lower. He has a 1.08% stake.

A full-year trading statement is likely in July. Energy efficiency is increasingly important as energy prices rise and eEnergy’s service-based offer means that there is no large upfront payment to switch to more efficient lighting and power technologies. This points to good long-term growth for eEnergy, although it is difficult to say if there will be much of a share price recovery in the second half. The shares are highly attractive when a long-term view is taken.

Compliance and energy-saving services provider Sureserve (LSE:SUR) is trading strongly. Although costs are rising and hitting margins, growth in revenues is faster than expected.

Management plans to sell the fire and lift businesses and concentrate on the core social housing energy services businesses. Demand for gas and other compliance-based maintenance services is steady. While energy efficiency and smart meter installation businesses have strong long-term growth prospects.

The order book is 50% higher at £512 million, with £400 million due after this financial year, and it covers most of the forecast second half revenues.

Interim revenues from continuing operations increased by 24% to £126.2 million, while pre-tax profit was one-third higher at £4.3 million.

The non-core fire and lift businesses are profitable, and they made a slightly higher pre-tax profit of £1.24 million on revenues of £17.3 million. Those non-core businesses have net assets of £13.1 million.

Forecasts currently include the non-core operations because they have not been sold yet. Pre-tax profit is set to improve from £13.6 million to £16 million this year. The timing of any disposals will affect earnings until the cash is reinvested.

There was £8.86 million in the bank at the end of March 2022. This, and any disposal proceeds, will help to finance more acquisitions. There has been a 1p a share dividend paid this year.

There have been no nasty surprises from Sureserve and the prospective multiple of around 10 is low for a company with such good growth prospects. Buy.