As many share prices suffer sharp declines, chiefs at four companies have spent heavily on stock in their own businesses. Our City expert names the big spenders. 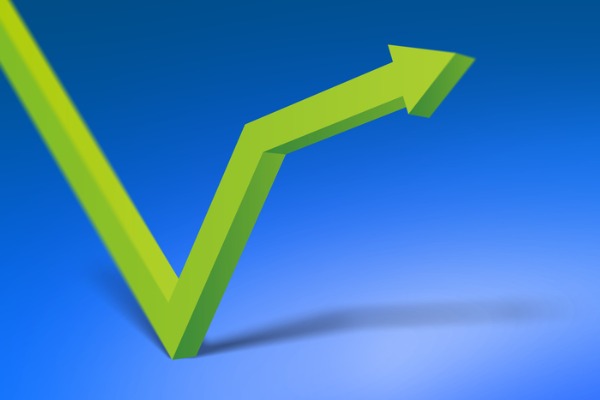 Darktrace (LSE:DARK) rebounded on Friday after £500,000 worth of share purchases by three directors, including boss Poppy Gustafsson, sent a message to investors on current trading.

The FTSE 250-listed cyber security firm rose 11% at one point to 380p, having slid to 313p on Thursday after a report said a Darktrace director had been referenced in the civil proceedings against Dr Mike Lynch in connection with the sale of Autonomy.

Darktrace issued a statement on Thursday morning insisting that neither the company nor its acting executives are the target of any investigation or proceedings.

It said: “We see no link between Darktrace and the civil action against Dr Mike Lynch by Hewlett-Packard or its subsidiaries. There has been no change to the prospects or trading of the business since our last update.”

Gustafsson backed up the statement by disclosing the purchase of £100,000 worth of shares at 336p, while chief technology officer Jack Stockdale spent £197,000 at an average 328p.

The pair bought their shares just over a fortnight after the expiry of a one-year post-IPO lock-up agreement allowed them to sell down their holdings for the first time.

On Friday, Darktrace chairman Gordon Hurst became the third director to buy shares as he spent just over £200,000 at a price of 369p. The stock closed a volatile week at 363.1p.

After Thursday’s purchase by Gustafsson, analysts at Berenberg wrote: “With the CEO buying stock we can’t think of a clearer way for the company to reiterate that they are doing well.”

Darktrace’s most recent trading figures were released in mid-April, when the Cambridge-based firm upgraded forecasts for the third time this year.

With corporate demand for its machine learning technology being fuelled by a potential surge in hacking attempts and cyber threats, the company added a net 359 new customers in its third quarter for an overall total of 6,890.

It raised forecasts on annual revenues growth to between 45.5% and 47%, compared with a range of 44.5% to 46.5% forecast previously. Despite the strong performance, shares fell sharply as the company also disclosed plans for a placing of stock so staff can offload shares.

At the time, Berenberg predicted a “significant upswing in profitability” and reiterated a price target of 1,000p. The broker said this week it expects another strong performance when the company delivers an end-of-financial year trading update in mid-July.

Darktrace’s flotation in April 2021 saw shares initially priced at 250p for a valuation of £1.7 billion, before they hit a peak of just above 1,000p in September.

But a sharp sell-off followed in the autumn after analysts at Peel Hunt introduced a “sell” recommendation and highlighted a potential disconnect between the valuation and revenue opportunity.

Other boardroom purchases in the FTSE 250 last week included at publisher Future (LSE:FUTR), where the husband of chief executive Zillah Byng–Thorne bought shares worth £100,000.

The investment was made after the company behind titles including Country Life and Marie Claire delivered a modest upgrade to full-year guidance alongside interim results. Revenues rose 48% to £404.3 million and pre-tax profits improved 42% to £81 million.

Shares still fell 6% on the day, continuing a downward trend that has seen the company’s price halve from more than 3,800p at the start of the year. Max Thorne bought the shares at 1,912p, which is the lowest level for the stock in more than a year.

Meanwhile, Marston's (LSE:MARS) chairman William Rucker made his first purchase of shares for two years in the wake of the pub chain’s interim results.

His investment  worth £115,000 was struck on Friday at a price at 57p, which compared with more than 62p prior to Wednesday’s results and 83p at the end of March.

The company, which operates 1,482 pubs and holds a 40% stake in Carlsberg Marston’s Brewing Company, said trading since the end of the half year had been encouraging despite the current inflationary pressures households are facing.

AIM-listed Shoe Zone (LSE:SHOE), meanwhile, finished the week with a flourish after it emerged that finance director Terry Boot had spent £38,000 on the retailer’s shares at a price of 151.5p.

The stock closed Friday’s session at 160p, a recovery from 136.7p on Thursday morning. Earlier in the week, Shoe Zone disclosed its first dividend payment since the Covid pandemic, with plans to hand shareholders 2.5p a share on 17 August.

The earlier-than-expected restoration of dividends comes after Shoe Zone repaid   outstanding Covid loans and eliminated debt from its balance sheet.