Both these companies have fallen on hard times, but bosses clearly believe that the shares are too cheap. Our City expert explains who’s buying what. 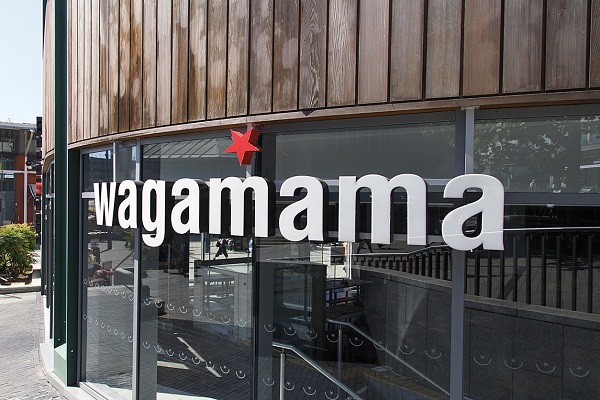 A repeat order of Restaurant Group (LSE:RTN) shares has been placed by its chairman after the Wagamama owner reported a market-leading performance in the face of rising cost pressures.

Former Tesco director Ken Hanna bought 100,000 shares when he took on the role in December and did the same on Wednesday following 2021’s better-than-expected results.

The impact of higher staff, fuel and food costs so far this year meant his latest purchase was at a lower price of 77p when compared with 84p in December. Together, the purchases worth £161,000 by Hanna represent about 70% of the annual salary for the chairman’s role.

Hanna said last week: “I have been very impressed with what I have seen thus far, affirming my view that TRG has a dynamic and experienced management team operating an excellent range of brands.”

The company, which employs 16,000 people across a 400-strong estate that includes the brands Frankie & Benny’s and Chiquito, said it had traded well since reopening in May for dine-in customers. Wagamama, for example, grew like-for-like sales by 21% over 2019 in the first two months of 2022, compared with 8% for its competitors in the casual dining sector.

With all but 5% of this year’s electricity and gas being hedged, the company has stuck by its expectations for the year but remains mindful of the Ukraine war’s impact on prices.

Last spring’s debt restructuring and £167 million capital raise at an offer price of 100p means the group is now better placed as one of the survivors in an industry where the overall number of outlets has fallen by an estimated 17% since the pandemic.

With competition benign, analysts at Stifel see the chance to use the stronger balance sheet to target investment opportunities. They believe the company has emerged from the pandemic as a higher quality business after an “aggressive” restructuring tightened the focus on Wagamama and the company’s country and suburban pub estate.

The shares are down 30% year-to-date, but Stifel believes the valuation now looks attractive on seven times 2022 earnings. They have a price target of 120p.

Investec’s leisure team have a 140p target, believing the current price “seriously underestimates” a business with strong and proven capabilities even in a tough environment.

Analyst Roberta Ciaccia said: “Restaurant Group keeps ticking all the boxes in terms of operational performance, especially on the top line side, but the stock is kept under pressure by the uncertain cost outlook.”

Peel Hunt has a price target of 90p, but this has been reduced from 110p after it said the more difficult consumer and cost environment meant the “road to recovery is becoming longer”.

Purplebricks closed on Friday at 24.2p, which is a third higher than where it was on Thursday morning prior to the disclosure of two purchases made over the previous week by Sharon Pindar. The couple now have a combined stake of 3.76% in the company.

The purchases and others by non-executive directors Elona Mortimer-Zhika and Simon Downing helped shore up confidence after the company recently announced the departure of chief executive Vic Darvey due to personal circumstances.

When Darvey took over in May 2019, shares were about 135p, having fallen from 500p over the previous two years. Darvey oversaw the exit of the company’s loss-making international operations as well as implementation of a new operating model for the UK business.

Shares hit a low of 14.5p earlier this month, not helped by December’s disclosure of a process issue involving deposits in its lettings arm and which recently led to a £3.6 million provision to cover potential claims under the 2004 Housing Act.

Half-year results at the end of January revealed a loss of £20.2 million after the performance was also impacted by restructuring costs and a 38% fall in number of instructions to 21,131. Average revenue per instructions increased by 15% to £1,642, however.

Her promotion has been supported in the boardroom after non-executive directors spent more than £200,000 on Purplebricks shares. Former Capita boss Pindar has backed Purplebricks since its early days and became chairman when it listed on the London Stock Exchange in 2015.