Kyle Caldwell runs through how Scottish Mortgage has responded to the stock market sell-off. 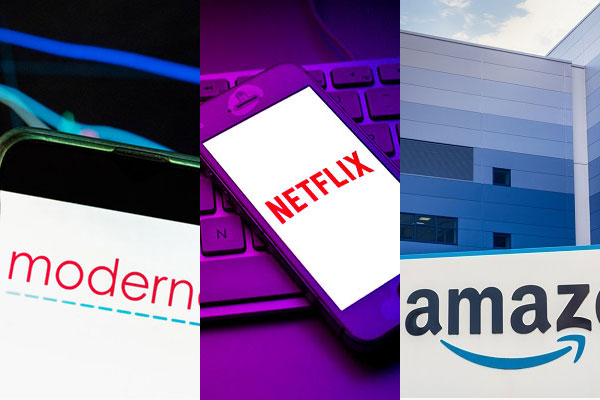 The past six months have been a testing time for shareholders in Scottish Mortgage (LSE:SMT) following a halving in its share price.

In its annual results last week, both the chair and the fund managers of the global trust called on shareholders to think long term and invest for a minimum of five years.

Over this time period, Scottish Mortgage is comfortably ahead of peers, up 96.7% versus 56.7% for the average global trust. Its three-year return also outpaces the competition, 46.9% against 27.1%.

However, investors who bought into the trust more recently will be nursing sizeable paper losses. Over one year, the trust is down 36% compared to a 21.7% decline for the global sector.

The types of companies Scottish Mortgage invests in – high-growth shares, including a quarter of the portfolio in more speculative unlisted companies – have fallen out of favour on the back of high inflation levels and increases in interest rates. Instead, investors have been switching to companies with cheaper price tags.

In a recent interview with interactive investor’s Funds Fan podcast, Lawrence Burns, the deputy fund manager of Scottish Mortgage, acknowledged that “it’s very hard to say when the mood of the market will change”.

In response to the market rotation to value shares, Burns and lead fund manager Tom Slater have not been making a huge number of changes to the portfolio. Burns points out: “When we look at the companies operationally, most of them are continuing to go quite fast, they’re well capitalised, and that means that they’re able to weather any storm because they have sufficient finance to deal with difficult periods.”

However, the sell-off has given the duo an opportunity to ‘buy low’ in the case of Moderna (NASDAQ:MRNA), which has seen its share price halve over the past six months.

“It trades on about five times earnings, we’re not big into earnings multiples, but I think it is fair to say that that’s quite low, it has got one-third of its market cap in cash. And so, we think the opportunity they have to be one of the most important companies in the world, really exists there, and so we’ve been funding up that holding, as it’s hit different difficult periods in share price terms.”

The healthcare firm is Scottish Mortgage’s biggest holding, accounting for 6.5% of assets at the end of April.

A top 10 holding slipping down the rankings, having been trimmed, is Amazon (NASDAQ:AMZN). The company, which has seen its shares slip 40% over the past six months, is now the eighth largest position, a 2.6% weighting.

Burns said exposure is being reduced to “fund new ideas that we think are even greater upside from here”.

He added that while his view of Amazon being “a very good business” has not changed, there were two reasons behind making the “material reductions in our holding”.

Burns said: “The first is that, as it is now, over a $1.8 trillion company, we sort of looked at it and we think you can still make a lot of money here, but can you still make the sufficient number of multiples to justify the holding size? Well, on that we’ve struggled a bit more.

“And the second is that not one, but two very key people for Amazon have stepped back, Jeff Bezos and Jeff Wilke, who was really instrumental in building out the Amazon retail business. The latter may not be well known, but he played a really key role.

“And so for us, it is a great company, we still think it is a great investment, but that ability to see how you make many multiples of upsides is a little bit more tricky today.”

Of the other big US tech giants. Scottish Mortgage has previously backed Facebook, now known as Meta Platforms (NASDAQ:FB), and Google (Alphabet (NASDAQ:GOOGL)). Both were sold over the past couple of years.

Netflix (NASDAQ:NFLX) continues to be held. It appears further down the portfolio, and had a 0.9% weighting at the end of April. Last month, the streaming giant reported its first quarterly decline in a decade, which caused its share price to fall. Its share price is down nearly 50% since Netflix’s shareholder update.

While Bill Ackman, founder and chief executive of Pershing Square Holdings (LSE:PSH), moved to cut his losses; Scottish Mortgage is keeping the faith.

Netflix lost 200,000 customers compared with expectations that it would gain 2.5 million. Burns said that while this was “a bit unexpected”, he points out: “I would keep in mind that they cut the cord on their business effectively in Russia, and so lost 700,000 Russian subscribers in that same quarter. So, if you net that out, it would have been a 500,000 gain effectively.”

He added: “On Netflix, we see them becoming the core streaming platform globally outside of China. They have 220 million user accounts today, and in North America they are increasingly mature, but the rest of the world is quite a large place and provides a very large and long growth runway still, I think.

“And we’ve got to remember that outside China there are 1.7 billion households, and that’s a lot larger number than the 220 million subscribers they have today. We also suspect that Netflix could have more pricing power than people expect, and it remains a fraction of the price of a cable subscription, for example.”