Over the past year, this sector’s weighting has increased by just under 10%. 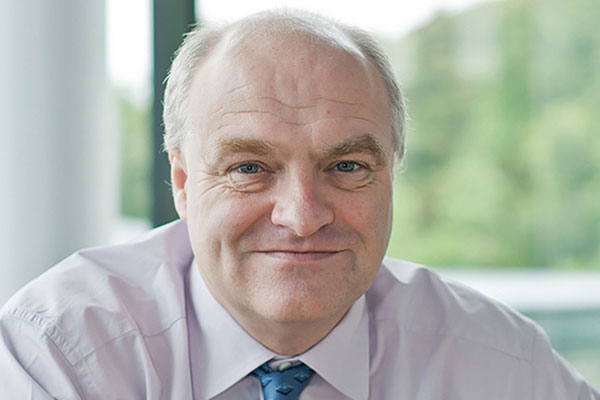 Scottish Mortgage (LSE:SMT), the UK’s largest investment trust and the most popular among interactive investor customers, has been broadening the types of companies it invests in.

Most notably, it has been increasing exposure to healthcare and biology companies. To that end, the percentage weighting in the portfolio for this sector has grown from 11.6% a year ago to 21.4% today.

The main reduction has been to consumer discretionary companies, which have seen their weighting in the portfolio fall from 39% to 32.1% over the past year.

The changing shape of the portfolio was outlined in Scottish Mortgage’s half-yearly results. The trust reported benchmark-beating gains over both short- and long-term time periods. Over the six-month period (to the end of September), its net asset value (NAV) rose by 16% compared to 9% for the FTSE All-Share index. Its share price total return was higher, at 25.8%.

An interim dividend of 1.52p will also be paid, which is an increase of 5% compared to last year. Despite its focus on capital growth, Scottish Mortgage is one of the Association of Investment Companies’ (AIC) ‘dividend heroes’, having raised payouts for 38 consecutive years. Few investors, however, own Scottish Mortgage for income alone, given its dividend yield is 0.2%.

The trust, which backs disruptive businesses that have a technological edge over competitors, has for some time focused on computing technologies, genomic sequencing and energy storage.

“These long-term trends may be too slow to shape financial news headlines in a single period, but they compound over time as they grow in impact. Moreover, the powerful trends in computing technologies appear to not just be continuing but broadening in utility and application beyond the narrow remits of consumer internet to industries larger and far more diverse,” it says.

The trust notes that this broadening is reflected in healthcare and biotech companies becoming more prominent in the portfolio.

“We are finding and supporting a growing number of businesses that we believe are benefiting from the intersection of biology and information technology,” it said.

Scottish Mortgage added: “Our largest holding, Moderna (NASDAQ:MRNA), has been the greatest contributor to this change, writing what is effectively code in the form of RNA to programme human cells. Moderna has helped the world to start escaping the tragedies and confinement of the last 18 months. However, it is the breadth and scalability of its mRNA technology platform rather than its Covid vaccine that holds the greatest promise. Its pipeline of programmes is both large and growing, targeting diseases such as flu, Zika, HIV, cancer and many more.”

In addition, Scottish Mortgage revealed a new holding in 10x Genomics (NASDAQ:TXG), a US biotechnology firm that designs and manufactures gene-sequencing technology that is used in scientific research.

Scottish Mortgage commented on the recent volatility in China. The  government has been cracking down on its technology and education companies. According to many analysts, this is part of an attempt by the Chinese Communist Party to reassert its power in the face of increasingly large tech companies and their founders.

It has unnerved investors, with many questioning whether the crackdowns in recent months means the country is too risky to invest in.

Scottish Mortgage noted “the question of how to regulate big tech platforms continues to challenge law-makers across the globe”. It added that “China has taken to this task with particular vigour. It has demonstrated far greater speed and forcefulness in approach than elsewhere. This sharp adjustment has naturally presented challenges both in market sentiment and for technology businesses that are having to adapt to a rapidly altering regulatory environment.

“At the same time, there has been a push for the rewards of China's growing prosperity to be more evenly distributed. Together these shifts have negatively impacted the share prices of many of our Chinese holdings.”

Scottish Mortgage, however, added the underlying progress of the companies “remains surprisingly strong”. It noted that Alibaba (NYSE:BABA) and Tencent (SEHK:700) both continue to grow revenue in excess of 20%.

It concluded: “The companies themselves are keenly aware of their need to contribute not just to shareholder returns but to society to ensure true sustainability. We will continue to assess the long-term implications of the new regulatory approach as they apply to each of our holdings.”

James Anderson, who has been portfolio manager of Scottish Mortgage since 2000, before becoming joint manager in 2015 with Slater, announced in March that he will retire from fund management and step down from the trust on 30 April 2022.

Tom Slater, who has been joint manager of the trust since 2015, will become lead manger from April 2022. Lawrence Burns, who has co-managed the Baillie Gifford International Concentrated Growth Strategy since 2017, was appointed deputy fund manager in March with immediate effect. Burns has worked at Baillie Gifford since 2009.