Despite a European war and a surge in inflation, stock markets have staged a remarkable turnaround. We explain why and speculate as to what might happen in April. 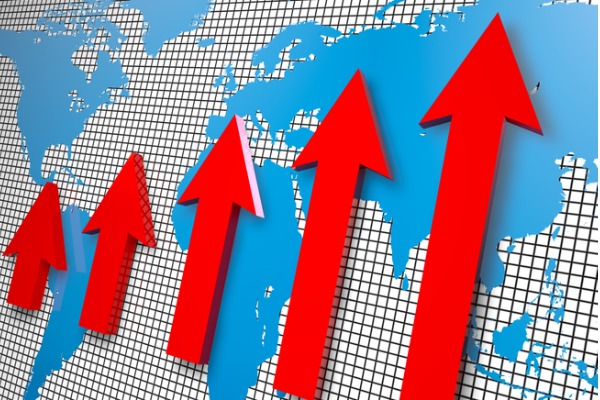 Russia’s invasion of Ukraine has brought death and misery to millions, making it one of the most depressing months from a humanitarian perspective for a very long time. But, while the war was just a few days old at the beginning of March, the month has ended with progress, however limited, at peace talks in Turkey.

That glimmer of hope has been enough to encourage investors back into some of the worst hit markets during the conflict. Germany and France had both suffered large declines – 19.2% and 16.4% respectively in 2022 up to 7 March – largely as result of their dependence on Russian energy.

But they each added around 3% on 29 March, breaking into positive territory for the month. The Nasdaq Composite tech index, another big faller prior to the war as investors switched from growth stocks to value plays, regained popularity. It now trades at levels not seen since mid-January and is one of the best major markets in March.

UK stocks continue their impressive run, demonstrating resilience as old economy constituents like tobacco, banks, defence, mining and oil are back in fashion. Since the recent market low on 7 March up to close of business on 29 March, almost half the FTSE 100 is up at least 10%.

Top performers in the blue-chip index include Intermediate Capital Group (LSE:ICP) up 29.4%, International Consolidated Airlines (LSE:IAG) up 28.6%, Scottish Mortgage (LSE:SMT) up 25.3% and Lloyds Bank (LSE:LLOY) up 21.2%.

But it’s the Japanese Nikkei index that tops the leaderboard of major global stock markets, adding 6.5% in March as the local central bank oversees a massive stimulus programme and as the weak yen promises to make Japanese goods more attractive to foreign buyers.

The FTSE All-Share has fallen in April only eight times since 1984, making it the strongest month of the year for UK stocks. The last time the index fell in April was 2017. The month has generated an average return of 4.3% over the four years since.

April is significant in that it is the last of the so-called winter months. History tells us that stocks typically do better over the six months between the end of October and end of April. The following six months of ‘summer’ tend to lag the colder months.

Recent months bode well for UK shares. The FTSE 100, FTSE 350, FTSE All-Share and Brazilian Bovespa are the only major world indices in positive territory in 2022 so far.

As explained above, the blue-chip index performance is largely because of its exposure old economy stocks, but UK shares have also been overlooked for the past few years, ever since the Brexit vote added an extra layer of uncertainty and speculation around the country’s relationship with Europe and the world, and the economic repercussions that the Leave vote might have.