We weigh up the bull and bear arguments for a sector that has averaged returns of 11% a year over the past 25 years. 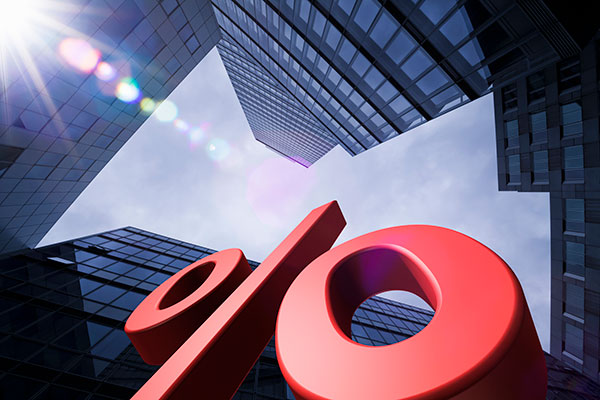 Listed private equity (LPE) investment trusts have not been immune to the economic environment deteriorating. With inflation soaring, growth prospects have stalled, resulting in investors heading in their droves for perceived safer havens.

It’s difficult to compare short-term net asset values (NAVs) because of the differences in timing of each trust’s periodic valuations, but Winterflood data shows average share prices over the six months to 3 June have declined by 7% for the LPE direct sector, 11% for LPE funds of funds, and a massive 36% for the growth capital sector.

Discounts have widened markedly, now averaging almost 35% in the funds of funds sector and around 20% in the others.

How far is investors’ retreat from private equity in the current challenging environment justified? It depends very much on which area of the PE market you’re looking at, bearing in mind that increasingly mature and profitable companies are opting to remain unlisted for longer.

At broker Winterflood, head of research Simon Elliott highlights the importance of “differentiating between those private equity funds that are focused on dependable/proven growth, such as HgCapital Trust (LSE:HGT) and ICG Enterprise (LSE:ICGT), and those with a higher weighting to more speculative growth plays that have yet to deliver profits.”

Reason to be cautious

Bruce Stout, manager of Murray International (LSE:MYI), stresses that growth-focused unlisted companies are highly vulnerable right now. He anticipates that in the face of a slew of interest rate rises in the coming months as the Bank of England attempts to mitigate rampant inflation, banks will become increasingly nervous of financing businesses “that are burning cash and telling [lenders] they’ll be profitable in five years’ time”.

After “four to six rate hikes”, Stout suggests, banks will pull the plug on lending to such companies, which in turn likely means they have to stop investing and lay people off.

Why this analyst is more upbeat

However, a note on the sector just published by broker Numis, focusing on the LPE direct and funds-of-funds sectors, offers a rather broader and more positive long-term perspective. Ewan Lovett-Turner of Numis suggests investor portfolios should hold a higher proportion of listed PE funds than they currently do, for a number of reasons.

First, says Lovett-Turner, these funds can add real value to portfolios on a long-term perspective, outperforming listed equity markets (net of fees, which can be chunky for LPE) “over all major time periods”.

They are also more resilient in the face of economic stress than is widely believed, argues Lovett-Turner. “The approach of LPEs leads to a bias to businesses that can deliver consistent earnings and revenue growth in a range of economic conditions,” he explains .

“Most LPE funds now focus on businesses with recurring or sticky revenues, in sectors with positive growth dynamics regardless of the economic cycle,” he adds. As a consequence, “we expect portfolios to be more resilient than many expect”.

He makes the additional point that in comparison with what happened in the financial crisis of 2008, balance sheets are in much better shape.

Certainly, Numis data shows that over the past 25 years, private equity as an asset class has achieved a surprisingly strong risk/return ratio. LPE total returns average around 11% a year annualised – significantly ahead of world, emerging market and UK equities – while volatility, though higher than that of government or corporate bonds, hedge funds and UK property, is markedly lower than both listed equity markets and gold.

Lovett-Turner acknowledges, however, that a sustained equity market de-rating will be a headwind for valuations, “although so far this has been offset by operational performance”.

Yet despite the strong long-term records, attractive risk/return ratio and relatively resilience of portfolios, “wide discounts of up to 40% indicate that investors are sceptical of valuations”. Numis sees this as “an attractive entry point” for investors.

Winterflood is rather less bullish in its outlook. “Given the sell-off this year, we're obviously monitoring the sub-sector closely, from the point of view both of changes to valuations and also of levels of investment activity,” comments Elliott.

Winterflood favours NB Private Equity (LSE:NBPE) within the direct sector and ICG Enterprise Trust as a fund of funds, currently on discounts of 38% and 36% respectively. Numis also likes NB and ICG, but also picks out HgCapital and Oakley Capital Investments (LSE:OCI) as direct LPEs, and HarbourVest Global Priv Equity (LSE:HVPE) and Pantheon International (LSE:PIN) as fund of funds options.