Growth shares fell out of favour and Russia's war in Ukraine compounded inflationary pressures, making this a difficult quarter for stock market investors. 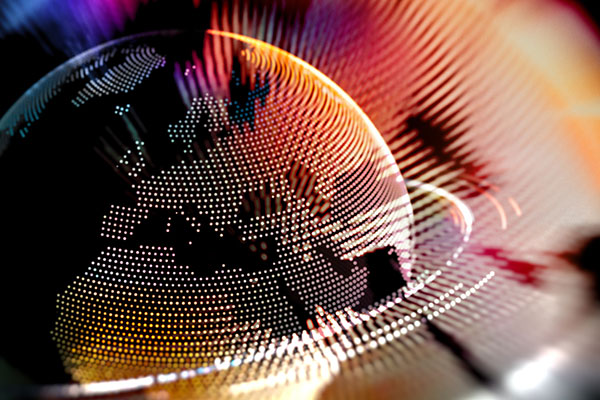 The first quarter of 2022 has been tumultuous to say the least. Investors have been trying to grapple with the multivarious effects of the pandemic, most notably the surge in inflation that has been witnessed throughout the second half of 2021 and into 2022. Now, they had to face the unsettling and unpredictable effects of the first major land war in continental Europe since the Second World War, with Russia’s invasion of Ukraine.

The effects of this war are compounding the inflationary pressures and earnings outlook that the market was already facing, and is having a magnified impact on many of the trends we are seeing. Inflationary pressures were already rising, with supply shortages across many areas of the global economy as the post-pandemic recovery gathered pace. This was evident in commodity segments, and in sectors from semiconductors to cars. The invasion of Ukraine has compounded these pressures, with the oil and gas market surging on the back of European and G7 sanctions on Russia, which has spilt over to other commodities such as wheat and sunflower oil where Ukrainian agricultural production has been severely hampered. 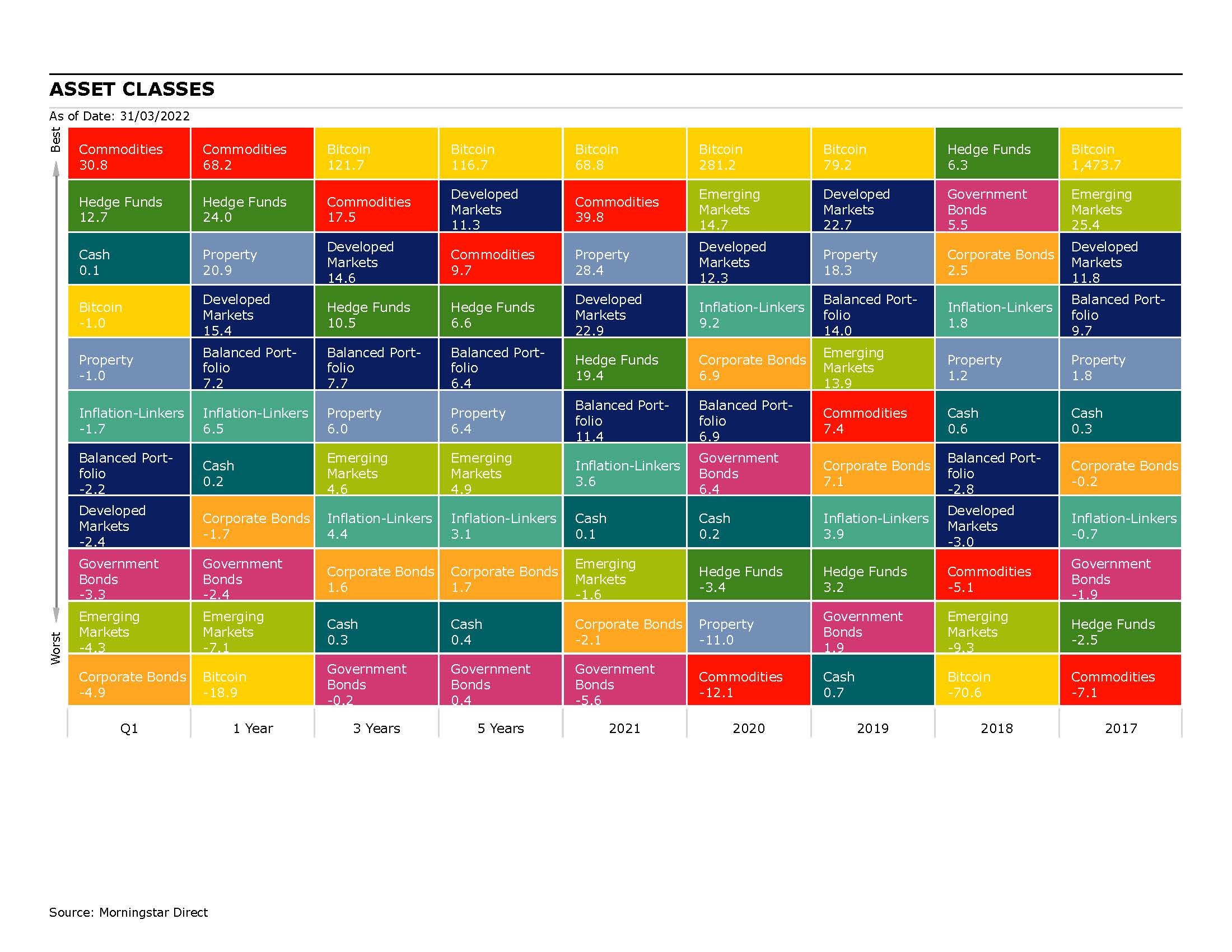 The standout performing equity market from a relative perspective was the UK, and in particular the larger-cap areas of that market. This is an unusual occurrence for a market that has been a laggard for a number of years and many quarters. Its heavy exposure to the energy sector and basic materials attracted investor interest as did the continuing rotation out of more growth-orientated sectors and markets towards markets with lower valuations, as investors fretted about the impact of rising interest rates on loftier valued assets.

In contrast, continental European equities suffered most due to a larger reliance on Russian oil and gas, the impact of sanctions on the European economy and the physical proximity of the war, with fears of the conflict widening out.

Rotation to value-orientated industry sectors and stocks continued, with some notable laggards over the previous few years staging strong relative performance versus the more growth-focused sectors. In terms of sectors, the energy sector was the main beneficiary of the Russian invasion. Sanctions on Russia and the threat of energy supplies to continental Europe being cut, saw oil and natural gas prices surge.

Post the pandemic, supply in these markets was already tight, and sanctions dramatically amplified market fears. The energy sector rose dramatically, by over 20% to reflect these concerns over supply. As a direct consequence, the negative squeeze that this energy shock will have on the consumer, resulted in heavy selling in the consumer-related sectors such as retail, travel and automotive to name but a few. Highly rated growth companies and sectors also fell as investors shunned those stocks where valuations would be negatively impacted by central bank rate increases to tackle inflation.

Inflation spiking in many countries above 7% has rattled bond investors and seen new investors demanding higher yields, hence prices have been driven lower. Fixed-income assets were under pressure before the war as we are in an environment of unsettlingly high inflation numbers, levels that have not been seen for over a decade. The situation has suddenly become far worse as the implications of Russia’s invasion of Ukraine on the supply chains of many commodities became more obvious.

Inflation has been rising for a number of quarters, with shortages in many industrial segments driving prices higher, which is feeding through to CPI. While all strands of fixed income were weak, the worst performers were emerging market debt in US dollars, UK corporate bonds and UK government gilts. The least impacted, albeit still weaker, were, unsurprisingly inflation-linked bonds.

The oil and gas sector, and commodities more generally, have posted strong rallies. The invasion and subsequent sanctions have magnified the energy squeeze that we were already witnessing. The ratcheting up of unprecedented sanctions has raised fears of severe supply shortages. This has also extended to certain agricultural staples such as wheat and sunflower oil, where production in Ukraine, one of the world’s largest producers, has been severely impacted, sending prices soaring.  This is having a rolling knock-on effect on other agricultural products.

Property proved to be a resilient asset over the quarter, with most direct property assets seeing upwards revisions. However, the short-term correlation with equities meant that real estate investment trusts (REITs) globally ended marginally negative. Infrastructure assets on the other hand provided positive returns, thanks in no small part to their involvement with or exposure to, rising energy prices. Gold also delivered an almost double-digit return as its use as a store of value came to the fore when the conflict in Eastern Europe began.

Most-traded shares on the ii platform in Q1 2022