Top fund managers are amazed at how cheap the shares are, and now the co-founder is spending big after the shares hit trouble. There’s also buying at this housebuilder. 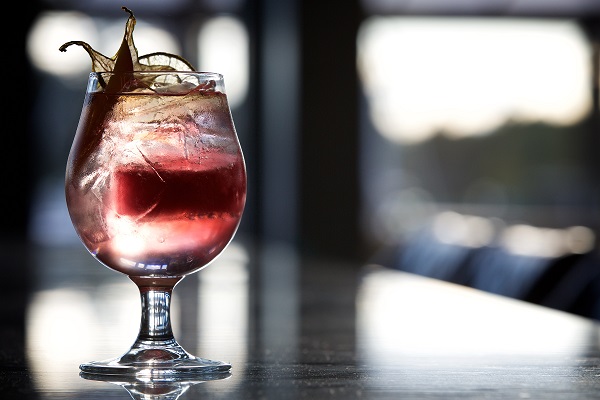 The chief executive’s purchase was made at 870p, the AIM-listed stock’s lowest level since 2016 and below the 889p seen at the height of pandemic sell-off in March 2020.

Shares closed 26% lower on Friday as the drink mixers firm revealed a significant deterioration in margins in the eight weeks since its last update in May.

Industry-wide pressures have included soaring glass costs, while labour shortages on America’s east coast have forced the company to ship supplies from the UK at a time of high freight rates.

Full-year earnings are now expected to be between £37.5 million and £45 million, which compares with £63 million to £66 million forecast in May. The downgrade came despite continued encouraging levels of consumer demand, with revenues guidance untouched at between £355 million and £365 million.

Shares have lost two-thirds of their value this year, denting the value of the approximate 4.7% stakes held by Warrillow and co-founder Charles Rolls who set up the business in 2005.

At one point in 2018 Fevertree traded on 70 times forecast earnings for a market value of £4 billion, a level that made it the toast of those retail investors who bought shares on the way up.

This momentum reflected the benefits of a largely outsourced business model, which gave Fevertree the flexibility to pursue opportunities in new markets including America.

However, the model has left it more exposed to the significant cost headwinds seen this year. The fear now is that the impact of a consumer spending downturn will add to the strain.

That appears to be the view of short-sellers, including Blackrock Investment Management, whose 4.2% position betting against the firm has been a profitable one.

Broker Liberum, meanwhile, halved its price target to 1,100p on Friday but said there are still reasons to be optimistic after keeping its “buy” recommendation.

Analyst Wayne Brown said: “Logistics disruption and inflationary cost pressures continue to hurt and are likely to do so for longer than we had expected.”

However, Brown said the ramping up of a bottling plant on America’s east coast and various cost initiatives with suppliers should mitigate the inflationary pressure “but maybe more so next year than this one”.

Shares closed at 866.5p on Friday, having steadied after the disclosure of Warrillow’s investment and chairman Bill Ronald buying £100,000 worth of shares at 872p.

Train, who took his first position in 2020 with shares near 1,000p, told clients last month of his “disbelief” at the share price performance of Fevertree and other holdings.

Warrillow, who raised £29 million after selling Fevertree shares in 2017 when they were at 1,925p, told investors on Friday that management had “more confidence than ever in the long-term opportunity". He cited strong and growing consumer demand, particularly due to the interest in long-mixed drinks, and the company’s track record on innovation.

Warrillow added: “Despite the current challenges of the volatile logistical and cost environment, we continue to make good progress across our regions.”

Long-serving director Nick Hewson was among buyers of Redrow (LSE:RDW) shares last week after the housebuilder boosted confidence with plans for a £100 million return of cash.

Property veteran Hewson, who joined the board in December 2012 and has been its senior independent director since November 2018, spent £100,000 on Thursday at a price of 519p.

The FTSE 250-listed stock closed last week at 533p, an improvement from the 470p seen earlier in July after a 30%-plus fall for house building stocks so far in 2022.

Redrow is the fourth firm in the sector after Taylor Wimpey (LSE:TW.), Vistry Group (LSE:VTY) and Berkeley Group Holdings (The) (LSE:BKG) to announce a share buyback.

The £100 million programme for completion by next summer comes after Redrow ended the July financial year with a bigger-than-expected cash position of £288 million.

Its decision to opt for a buyback rather than special dividend reflects the fact that shares are  trading at about a 14% discount to the company’s net asset value.

UBS has a price target of 680p, which it says should be supported by the buyback. House broker Peel Hunt is at 910p, noting that Redrow is trading on 5.1 times 2023 earnings with a 6.7% dividend yield.