He correctly called the slump in Wall Street bank shares, and now our overseas investing expert believes it is a good time to consider buying. Find out which ones he likes best and the one he’d avoid. 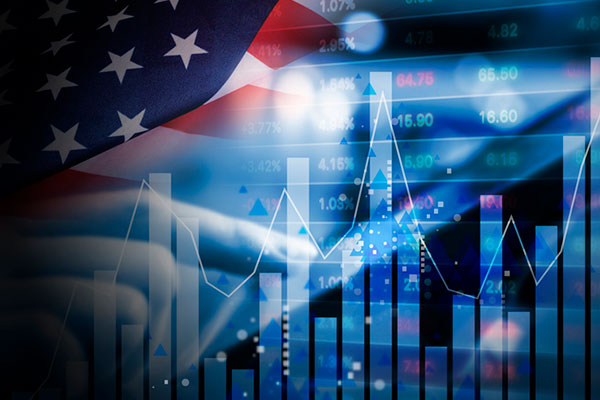 The war in Ukraine has given US banks a nasty knock just when they should have been looking forward to a brighter future. Wars, especially ones that are limited to just two countries, tend not to have a huge impact on the global economy, but the Russian invasion is different, since on one side we have a major supplier of oil and gas and on the other a key player in cereals and fertilisers.

The International Monetary Fund (IMF), which admittedly does not have a great record with economic forecasts and is usual behind rather than ahead of the curve, this week downgraded its forecast for global economic growth this year from 4.4% to 3.6%. Apart from the invasion of Ukraine by Russia, it cites renewed pandemic lockdowns in China, a prominent participant in supply chains.

Bank shares are now generally back to 12-month lows, but this could be a buying opportunity for investors who feel that the bad news has been overstated. In fact, results for the first quarter of 2022 were not as dire as the more pessimistic analysts feared.

JPMorgan Chase (NYSE:JPM) got the reporting season under way in a downbeat tone with a 42% drop in net income to $8.3 billion, as Keith Bowman reported on this site -  ii view: JP Morgan stock hits year low as Q1 earnings slump. Chair Jamie Dimon reckoned that the invasion of Ukraine by Russia delivered a $524 million hit. Add in provisions for bad loans and he has set aside $902 million.

Investment banking fees fell by nearly a third compared with the deal-making bonanza in the first there months of 2022, when economies seemed to be coming out of the pandemic. When such optimism proved premature, dealmaking slowed markedly and the turmoil in Ukraine has added to the ensuing caution.

​​​​​​​Equity and debt underwriting fees were also lower, putting a dent in investment banking revenue, while markets revenue slipped, but only by 3%. It all added up to disappointing news across the board.

The shares peaked at $172 in late October but have slid all the way back to $126, a 15-month low, where the price/earnings (PE) ratio has slipped below 10. They have perked up a little to $131, where the yield is quite attractive, though not outstanding at 3.04%.

Goldman Sachs (NYSE:GS) also reported a sharp drop in earnings in the “turbulent” January-March quarter, with revenue down 27% to $12.9 billion and profits 42% lower at $3.94 billion. The hit specifically related to the invasion of Ukraine was $300 million, a good bit less than at Morgan Chase.

Again, it was the investment banking division that fell short, down 36%, but here there was a silver lining of sorts, since the customary huge bonuses were slimmed down.

A more tangible plus was the 21% rise in revenue in the consumer and wealth management division. Goldman has been diversifying into less exciting but eminently more stable areas of banking, and this policy certainly paid off in the first quarter.

However, a provision of $561 million for bad loans took the gilt off the gingerbread.

The shares soared from $140 in March 2020 to a peak of $420 last August, but they ran out of momentum as wiser investors took profits and they have slipped back to a more realistic $336, where the PE is a remarkably cautious 6.4. It might help if the yield was a little better than the current 2.2%.

Citigroup (NYSE:C) took the biggest hit from the Ukraine war, a whopping $1.9 billion provision from direct exposure to Russia plus further impacts from the conflict. It has wider global operations than other major US banks and is therefore more vulnerable as the war drags on. First-quarter profits were almost chopped in half.

The shares are now lower than they were five years ago after falling back from $80 in June to $53 now. The comfort of a 3.9% yield is clearly not enough to tempt buyers.

Morgan Stanley (NYSE:MS) has probably done best in the sector this time, with net income down only 11% to $3.67 billion and revenue 5.8% lower at $14.8 billion. These figures may not be quite as good as they look, though. Much of the $944 million earned in advisory fees were from the completion of deals agreed last year, so the next quarter is unlikely to be as good. Wealth and investment management fared badly.

The shares have held up better than most in the sector and, despite slipping back from $105 to $87, they are still worth nearly three times as much as at the bottom of the March 2020 stock market crash.

Wells Fargo (NYSE:WFC) is more exposed to the US domestic market and a 33% slump in mortgage lending meant that it was the only major bank to fall short of analysts’ forecasts for the first quarter. Profits fell 21% to $3.67 billion.

There is no doubt that interest rates will rise steeply this year. The Federal Reserve has indicated that there could be as many as six rises of at least a quarter percentage point in 2022 and many economists think a half point increase could follow the Fed’s meeting next month.

Inflation is at a 40-year high at 8.5% against a target of 2%, so drastic action is clearly needed. This should help bank to sharply widen the gap between their own borrowing costs and what they charge for loans.

The big risk is that individuals and companies that have become used to artificially low interest rates will find themselves unable to meet higher debt repayments, and bank profits will be hit by loan defaults.

Another possible negative factor is that measures to keep businesses going during the pandemic will be unwound from now on, although that could be seen as a vote of confidence in the resilience of the US economy.

That is not an immediate worry. Consumer confidence remains high in the US, as do employment levels, and there has been an easing in the price of oil from $130 a barrel in March, which will help to alleviate cost of living pressures. Nonetheless, debt defaults is an issue that investors should bear in mind.

Hobson’s choice: I warned in January, when the banking picture was clouded, that investors would do well to hold off until the slide bottomed out. Although I couldn’t foresee the Russian invasion of Ukraine at that stage, at least my advice proved prescient. Given the further fall in banking shares and the decent yields available in the sector, this looks a good time to consider moving in. The potential good news more than outweighs the bad news that has been priced in.

The pick of the bunch, given its dividend, is Citigroup, with Goldman Sachs a close second. I am least keen on Wells Fargo.