With a key trading update just days away, our companies analyst is tempted by this UK stock. 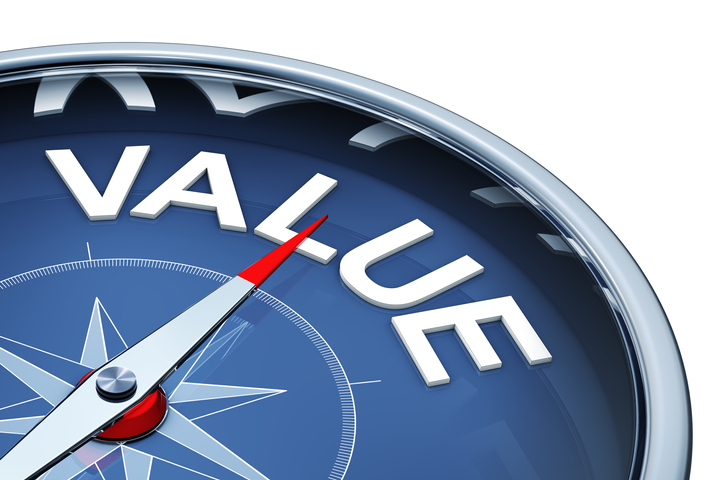 At 140p, shares in Card Factory (LSE:CARD), Britain’s leading retailer of cards and gifts, are at an all-time share price low ahead of Thursday’s trading statement for the four weeks to 24 December. This, despite historically strong free cashflow that’s enabled the board to return £344 million or 101p per share since its shares floated at 225p in May 2014. Capable new directors with fresh marketing initiatives is promising development too.

It’s as if investors reckon cards retail is in terminal decline, left to older generations as youngsters communicate by smartphone and postage costs creep up. Yet, we saw last year how a few retailers, like Pets at Home (LSE:PETS) and Dunelm (LSE:DNLM), defied gloomy sentiment, their stocks rebounding. So, might £490 million Card Factory be at an inflection point, share price wise, if Thursday’s statement isn’t dire?

Emphasis is on the trading narrative

I examined the stock 18 months ago as a potential addition at 199p, asking the question “attractive 8.5% yield or value trap?”. I concluded, cautiously, that the shares might be a potential buy lower down, given profit and cash flow had fallen at the operating level despite a 6% rise in interim revenue.

A steadily falling, albeit jagged, chart suggests plenty of investors have caught a falling knife, while book value of around 65p – that’s comprised 145% by intangibles and involves around £320 million (mostly long-term) debt and lease liabilities - puts the emphasis on every trading update.

On 14 November, and in respect of the nine months to end-October, management said it expected full-year profits (to 31 January) broadly in line with its previous expectations.

Cynics might say “broadly” means shortfall creeping in, as higher-than-average spend in stores was compromised by lower footfall (in a challenging high street environment).

The update was structured to show off group revenue growth of 5%, helped by 12 net new stores in the UK and Ireland over the August to October period, in context of 38 net new stores for the nine-month period. Management said it was on track to deliver around 50 stores for 2019 as a whole. The website achieved 21.9% revenue growth over nine months, down on a strong 2018 period performance of 70.9% albeit from a low base anyway.

The figures/narrative were mixed, however, in the sense that like-for-like store sales eased 0.4% in the August to October quarter, possibly maintaining fears among investors that card sales are in steady fundamental decline. Mind, the same was said of newspapers and, in particular, The Mirror, and yet shares in Trinity Mirror (re-named Reach Group (LSE:RCH)) have proved an excellent recovery play.

Not to draw too close a parallel as the rating did get very cheap there, versus cashflow rapidly cutting debt, although there’s some overlap in the sense of a mature cash generative business finding new growth angles. Will results flow and the stock market similarly wake up here?

Although Card Factory is unexciting for current growth prospects, its stock now yields 6.6% historically, or nearer 9.6% on a 12 months forward basis if consensus for a total 13.2p a share in dividends in respect of the current year is fair, then 13.5p for 2020/21.

A 2.9p interim dividend and 5p special dividend – totalling £27 million – were paid out last 19 December, although, looking at the interim results, end-July cash was £4.8 million and the trend in operational cash flow had seen a like-for-like fall from £52.3 million to £26.4 million. Some £30 million of proceeds from bank borrowings could be seen as helping pay £20.1 million lease liabilities and/or £21.9 million dividends.

That’s not to dismiss Card Factory’s overall strong cash generative profile, but either its recent dynamics need to adjust better or I can’t see this extent of special dividends continuing (prudently) unless trading improves.

So, I’d assume only a 9.3p ordinary dividend being maintained, which still offers a supportive 6.6% yield at 140p a share. The prospective price/earnings (PE) ratio is 8.3x consensus earnings per share (EPS) of 17.3p for the current year ending, an 8% fall on 2018/19 with interim underlying EPS having shown a 6% slip.

While the current CEO has been in place nearly three years, there have been other board changes that comprise quite a refreshing at the top. Our basic criterion is whether management can at least run a worthwhile business than one in terminal decline (the market is pricing the stock for).

They seem capable enough: Australian Karen Hubbard was poached from B&M European Value Retail (LSE:BME) four years ago where she was chief operating officer, having previously been with Asda and earlier BP's (LSE:BP.) retail operations in Australia. A new chairman, formerly chief executive of Britvic (LSE:BVIC) which has proved a Stockwatch winner in the last two years, was appointed just over a year ago. Also last August a new chief commercial officer arrived after 14 years with Tesco, most recently as category director for home, seasonal and design. His mission is to “improve the range and quality of both card and gift/dressings options and grow our market-leading position.”

New retailer agreements increase penetration in the UK and abroad

An initial 12-store trial with Aldi was extended to over 130 stores with no sign of cannibalising Card Factory’s existing stores; hence, it was agreed under a one-year rolling contract to expand this to 440 stores – half the Aldi UK estate – by end-November 2019.

I’d expect this to mitigate the risk of disappointment in the upcoming Christmas trading statement, given Aldi has just reported record trading up 7.9% to over £1 billion in the same four-week period to 24 December. Branded concessions are also being trialled in 15 Matalan stores in a range of locations.

After a seven-month trial in Australia, a five-year exclusive partnership has been agreed with its largest greetings cards retailer, The Reject Shop, starting this year. Card Factory will replace the stores’ existing provider, supplying all 360. That a “marked” increase in sales resulted during the trial bodes well.

Obviously, more evidence is needed to see where the balance lies between such new initiatives and possible steady attrition of the main UK customer base if greetings cards are losing appeal. But in terms of testing the stock with a small trading position, we also must bear in mind the odds of a warning on Thursday.

Invesco selling could have meant some overhang

The largest shareholder, Invesco (NYSE:IVZ), has lately been trimming its stake – from 25.8% last September to 21.9% as of 16 December – although other institutions have added recently.

Possibly Invesco was in two minds as to long-term prospects, hence from a risk management perspective it would seem wise to reduce an over-weight stance which was a quite risky position, even for a sub-£500 million stock.

I can’t say whether demographic change means that, on a 10-year view, demand for greeting cards is sustainable, but for perhaps the next two years Card Factory looks to have a decent chance of wresting growth.

Key issues are manifest enough now to judge if a small “tester” position is worth taking. I believe it is, even before the update. Manage it thereafter according to news and results.  Buy.