Finally, there's better news for the travel industry, and stocks exposed to the summer holiday season are in demand. Here's why. 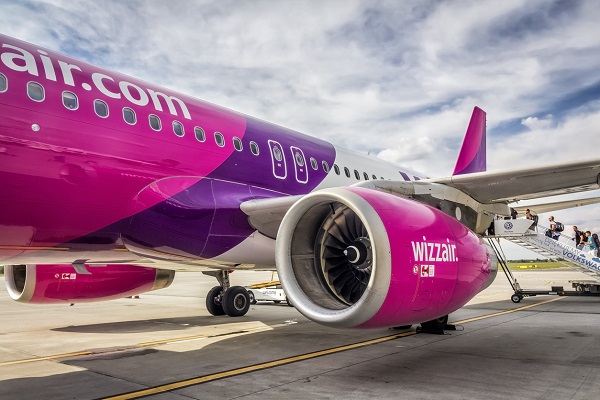 A sunnier outlook for the travel industry as families eye a summer without pandemic restrictions boosted stocks including WH Smith (LSE:SMWH) and easyJet (LSE:EZJ) today.

The recovery for the beleaguered sector came as Wizz Air Holdings (LSE:WIZZ) said recent booking trends had been encouraging and US carrier Delta Air Lines Inc (NYSE:DAL) reported a return to profitability in March.

Their comments on the improved outlook eased fears that summer getaways might slip down the list of priorities as households focus on dealing with cost of living pressures.

Wizz Air said today: “We have been encouraged by demand trends in recent weeks and given the shorter booking horizon expect the bookings for this summer to build significantly after Easter.”

The eastern and central Europe-focused carrier reported a smaller-than-expected fourth quarter loss and forecast that its available seat kilometres measure of capacity will be 40% ahead of 2019’s level for the summer quarter.

On jet fuel, Wizz said it had hedged 36% of its planned volume consumption up to August with an average ceiling price of $1,130 per metric tonne.

It added: “During the 2023 financial year our focus will be on maximising revenue and returning to productivity levels seen during the pre-Covid years.”

Wizz shares jumped 9% or 250p to 3142p, although the FTSE 250 stock is still down by around a third this year. Barclays reduced its price target today but continues to see a significant upside to 4300p, while UBS has a neutral recommendation and 4,050p price.

easyJet shares also rose 3% and are now up 7% this week at 575p after its own trading update on Tuesday revealed reduced first half losses alongside unchanged plans to return to summer capacity of 2019 levels.

Since the removal of travel restrictions, the Luton-based carrier said it had seen a strong recovery in trading, resulting in a positive outlook for Easter and beyond.

US airline Delta added to the recovery optimism last night when it said operating revenues of $8.2 billion (£6.2 billion) for the March quarter 2022 represented a return to 79% of 2019 levels, five percentage points ahead of the midpoint of its earlier guidance.

It said: “Consumer demand accelerated through the quarter, highlighted by strong spring break performance. As Omicron faded, offices reopened and travel restrictions were lifted, resulting in an improvement in business travel demand and a stronger fare environment.”

Elsewhere in the FTSE 250, Dunelm Group (LSE:DNLM) shares were on the front foot after another robust update.

The homewares chain reported third quarter sales 40% higher than two years ago at £399 million and said its gross margin improved despite inflationary pressures.

Announcing unchanged full-year guidance, chief executive Nick Wilkinson said it had been “another good quarter” for Dunelm with sustained growth across all homewares categories.

Shares rose 22p to 1,082p but remain 16% lower over the year to date. Analysts at Peel Hunt see the stock as a “clear buy” and believe the shares should be at 1,075p as the tighter consumer environment is likely to drive an acceleration in market share.

They said today: “Dunelm continues to deliver double-digit sales growth against a market that has gone backwards over the third quarter.

“There is no sign of consumers retreating as yet, but there is clearly a tougher backdrop ahead. However, Dunelm has a strong operational grip on the business.”

Another FTSE 250 stock trading well today was discoverIE Group (LSE:DSCV) as the maker of electronic components  for industrial applications reported a strong finish to its financial year.

Its order book stood at a record £224 million, which is 62% higher than a year ago, and it reported a strong pipeline of acquisition opportunities. Shares rose 30p to 790p but Peel Hunt has a price target of 1,200p.