The crash in unprofitable stocks has led to prices not seen for 20 years in biotech shares. 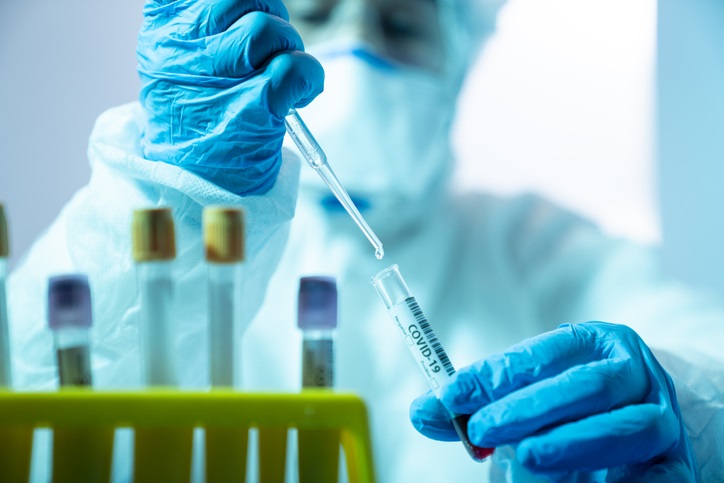 Biotechnology stocks have been caught up in the deep sell-off in high growth stocks, as rising interest rates put pressure on companies that promise big profits in the future but have little in the way of cash flow today.

The Nasdaq Biotechnology Index has lost one-third of its value since last summer. Investment trusts in the sector have also struggled, with Biotech Growth Trust and International Biotechnology down 52% and 25% from their highs.

A notoriously risky sector as everything rides on successful drug development, Biotech Growth manager Geoff Hsu said poor performance was down to a “perfect storm” of macro factors and could not be explained away by a simple risk-off attitude among investors.

Among the reasons for the sudden decline in fortunes after a strong 2020, according to Hsu, are: “tourist” investors arriving and suddenly fleeing the sector, a rotation from “growth” to “value” shares, and a significant downturn in Chinese shares, where he invests.

Hsu said: “The year began with a rotation of investors from growth to value stocks, as managers repositioned portfolios to overweight economically sensitive sectors that would benefit most from a post-Covid-19 reopening of the economy.

“Biotechnology underperformed during this period, as did many other growth sectors in which investors had allocated capital during the Covid-19 pandemic. Many of the investor ‘tourists’, who did not regularly invest in biotech but who were transiently attracted to the industry’s defensive nature and Covid-19-related research, appeared to exit the sector.”

Writing in the trust’s annual report, released last week, he added that rising inflation and interest rates was especially damaging to smaller biotech stocks, where his strategy was overweight versus its benchmark.

Manager of International Biotechnology, SV Health Managers, also told investors that excitement in the industry in 2020 exacerbated the crash over the past 12 months.

The specialist health investor said: “Naturally the smaller and mid-sized companies were affected the most, whereas the profitable, cash flow-generating larger-sized companies were relatively stable. During February 2022, the general equities market was disrupted by news of war in Eastern Europe, which resulted in risk aversion and market sell off.”

However, lower share prices could mean one thing: higher expected future returns. While they are admittedly talking up their own book, both trust managers believe that lower valuations, combined with a rosy outlook for the sector given the importance of life-saving medicine, make it a unique buying opportunity.

Hsu said: “Despite the challenging macro environment adversely impacting the trust’s performance, we have many reasons to be optimistic that biotech will stage a rebound in the near-term.”

One measure Hsu follows is the return of small and mid-sized biotech stocks, compiled in the XBI Index, compared with the return of the S&P 500 index of America’s largest companies.

He said: “Plotting the relative performance of the XBI versus the S&P 500 shows that since inception in 2006, the XBI has outperformed the S&P 500, indicating that emerging biotech has historically been a sector offering better returns than the broader market.

“Over the past 15 years though, there have been short periods when the XBI has underperformed the S&P 500. Typically, these drawdown periods result in underperformance versus the S&P 500 of 30-45%.

He said that the “unprecedented” sell-off in emerging biotech had driven valuations to 20-year lows, giving a “compelling valuation argument” to their bullish stance on the sector. Another bullish signal, Hsu notes, is revealed when looking at how much cash biotech companies have.

He said: “Because emerging biotech companies are not yet profitable, one way to look at their valuations is simply to compare their market caps with the net cash on their balance sheets. We view this as an objective measure of valuation as it does not depend on assumptions regarding probability of success of assets, launch timing, or future revenue estimates.

“By this simple market cap-to-cash metric, data indicates that almost 20% of biotech companies are trading at market capitalisations below the net cash on their balance sheets as of the end of the fiscal year. This is a level that we have not seen in over 20 years.”

The International Biotechnology manager echoes this positive sentiment from Hsu. It said: “After a bumper year in 2021 with record numbers of IPO's and huge investor support, the tide appears to have turned, and valuations have retracted to more normal and, in some cases, cheap levels. The lack of positive news flow and the 'risk-off' investor environment exacerbated the weakness.”

They have responded by buying more shares, especially smaller and more innovative companies, which are trading at a fraction of their valuations of a year ago.

SV Health Managers pointed out that its gearing levels stood at 16.9% in February 2022, which it said is “a level higher than at any point in the last decade which exemplifies our view of the opportunity”.

It added: “We believe that the current negative sentiment towards the sector will reverse at some point in the future, as its unique characteristics of secular growth are unaffected by geopolitical events and major economic downturns. This ‘defensive growth’ characteristic should bode well in times of global uncertainty.”

It is not only biotech investors themselves who are bullish. Vincent Ropers, co-portfolio manager of the TB Wise Multi-Asset Growth fund, says investors should act opportunistically as there were “compelling opportunities” in healthcare and biotechnology.

Ropers said: “Both spaces appear to have been unjustifiably punished post the Covid-19 rebound, and look particularly attractive both from an absolute and relative valuation standpoint. Moreover, the sectors are underpinned by structural long-term growth drivers that show no signs of abating.”

Ropers says the high cash balances provides investors with an attractive buffer, and while the healthcare and biotech sectors are vulnerable to valuation swings, they are certainly not flawed from an investment perspective.

“An ageing population, in combination with less economically developed countries demanding better access to healthcare, should drive strong demand for the products and services delivered by the healthcare and biotech sectors.”

However, he warned that the sector would be volatile: “The biotech and healthcare sectors experience pronounced investment cyclicality. Investors must be wary of this characteristic, but certainly not afraid – there remains huge opportunity in the sectors.”

Ropers owns Worldwide Healthcare Trust and International Biotechnology, which he said provided another layer of investment safety because they traded at discounts to net asset value.