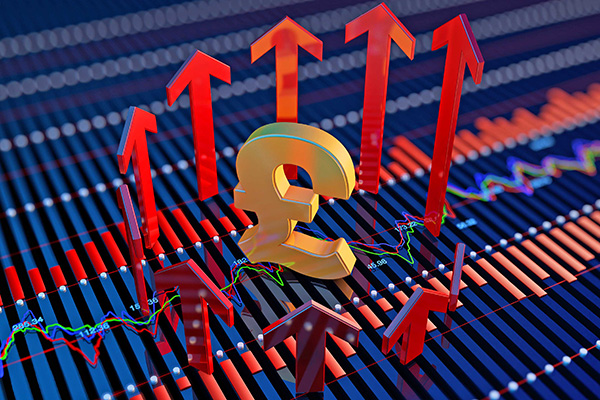 The Bank of England’s decision in November to keep interest rates at just 0.1% took some investors – and economists – by surprise. Just days before the Bank’s Monetary Policy Committee (MPC) held its monthly meeting on the level of interest rates, the Bank’s governor, Andrew Bailey, had warned it would have to act against rising inflation; moreover, Bailey had already said higher interest rates before Christmas were a distinct possibility. In the end, the MPC took the view that it needed to see more economic data before acting decisively.

Nevertheless, most economists believe higher interest rates are on the way. The UK’s inflation rate rose to 4.2% in October, well ahead of the Bank’s 2% target. And it expects prices to climb more quickly in the months ahead, to around 5% by next spring. Economic growth disappointed in the third quarter of the year – perhaps vindicating the MPC’s caution - with UK GDP expanding by only 1.3%. But the Bank hopes much of this can be explained by supply chain disruption and consumers’ ongoing anxieties about Covid-19.

Higher interest rates may arrive within weeks, says Luke Bartholomew, senior economist at the asset manager Abrdn. “We expect a hike in rates to come through in December, when policymakers will have at least some tentative evidence on how employment has performed after the furlough scheme end,” he says. “The message to investors is that rate hikes are coming soon, but not to hang too closely on every speech and interview by rate setters.”

This is not a UK-specific phenomenon, with inflation – and interest rate expectations – rising across much of the developed world. In the US, inflation hit 6.2% in October, the highest level for more than 30 years, with markets now expecting the US Federal Reserve to raise interest rates next year. In Europe, eurozone inflation has now hit 4.1%, more than twice the European Central Bank’s target rate.

Against this backdrop, some central banks around the world have already begun to turn their back on the ultra-low interest rate policies pursued to support the economy during the Covid-19 crisis. Even if inflation proves to be transitory – bound up in those hopefully short-term supply chain problems – policymakers feel the need to be seen to act. South Korea, Brazil, Norway and New Zealand have all raised rates in recent months. Some central banks are moving aggressively: Poland raised rates by 0.4 percentage points in October and by another 0.75 points in November.

Global stock markets have begun adjusting to this shifting monetary policy outlook. Even the best-performing equity markets this year, including the US, paused for breath in November, as investors began to worry that higher prices and rising interest rates might act as a brake on the post-pandemic global economic recovery.

Still, rising interest rates affect different sectors of the stock market in different ways. “Rotate yes, exit no,” says Russ Koesterich, a portfolio manager at BlackRock, of how investors should reconsider their equity holdings in a rising rate environment. “A change in the rate environment does lead to changing sector and style preferences.”

As one example, he points to defensive sectors such as utilities and consumer staples, often bought for their dividends – these struggle to keep pace with higher inflation and look less competitive as interest rates rise.

Also on the downside, warns Tracy Zhao, senior funds analyst at interactive investor, “rising inflation is a headwind for long-duration equities”. By that, she means sectors of the market where valuations are based on future cash flows that companies are expected to deliver in the more distant future. These sectors – technology and healthcare are the classic examples – are much more sensitive to interest rate movements.

This is because analysts work out the value of those future earnings by discounting them back to today according to bond yields; higher interest rates mean higher bond yields – and therefore lower valuations for long-duration stocks. Indeed, November’s stock market slowdown was led by technology stocks, with top performers such as Apple (NASDAQ:AAPL) and Microsoft (NASDAQ:MSFT) falling sharply. 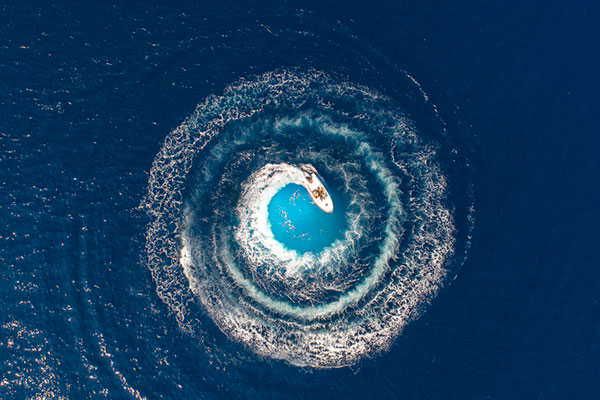 Sectors that benefit from higher rates

More positively, says Koesterich, “sectors such as banks, industrials and semiconductors tend to outperform” as rates rise. Banks make money by lending savers’ cash at a higher rate than they pay interest to those savers; higher interest rates enable them to increase this spread and improve their profit margins. Also, higher interest rates tend to reflect a more benign economic backdrop, which means fewer borrowers defaulting on loans – and more corporate activity for financial services businesses to advise on.

This economic health argument benefits also explains the improved outlook for industrial goods. And it can also help consumer-facing businesses in the non-discretionary areas of the retail market: they should benefit when more people are working, salaries are rising, and economic confidence is improving. There are limits to this positive effect – higher inflation and interest rates eventually begin to affect consumers’ ability to spend – but the consumer sector is often a good option at this point in the interest rate cycle.

Fund and trust ideas to protect and profit

For those investing through collective vehicles, interactive investor’s Tracy Zhao says: “Investing in funds that provide immediate income as well capital appreciation would be a prudent choice to mitigate some of the inflation pressure.”

On this basis, she points to BMO Responsible UK Income fund, which aims to provide income and long-term capital growth with investments in the UK equity market. Portfolio manager Catherine Stanley believes that small- to medium-sized companies are in a better position in terms of their income and capital growth potential, Zhao explains. For this reason, she also likes Montanaro European Income fund, a recent new entrant to interactive investor’s ACE 40 rated list of ethical investments.  “This fund invests primarily in small and mid-cap companies quoted on European stock markets, providing returns balanced between income and capital appreciation,” says Zhao.

In the investment trust sector, Iain Scouller, an analyst at Stifel, points to several potential plays for the changing economic backdrop. In the equity income field, JPMorgan Claverhouse (LSE:JCH) has a record of raising dividends at close to, or even ahead of, the rate of inflation, Scouller says. He also picks out Polar Capital Global Financials (LSE:PCFT) for its direct exposure to the financial sector as it benefits from higher interest rates.

“Then there are funds with revenue and dividends directly linked to inflation,” Scouller adds. “Of the infrastructure funds, HICL Infrastructure (LSE:HICL) has the higher correlation to inflation; around 60% of Greencoat UK Wind (LSE:UKW)'s revenues are derived from subsidy schemes, primarily renewable obligation certificates, and these payments are linked to RPI on an annual basis; Secure Income REIT (LSE:SIR) owns a £2 billion portfolio of 160 real estate assets let across the healthcare, leisure and hotel sub-sectors - 52% of the portfolio benefits from uncapped RPI-linked leases.”

In other words, investors may want to do more than simply adjust their equity portfolios as inflation and interest rates rise. A range of other assets could offer protection and opportunity, with infrastructure and real estate certainly worth considering.

Then there is the question of your bond fund exposure. The conventional wisdom is that rising interest rates are bad news for bond funds: as bonds typically pay a fixed amount of income, they become less attractive as interest rates rise and more income becomes available elsewhere; prices then fall until bond yields look more competitive.

However, not all bond funds are built the same way. Some may have exposure to the inflation-linked bonds issued by many governments, which pay income that increases in line with inflation. Indeed, demand for such funds has been surging worldwide in recent months – ETFs invested in inflation-linked bonds saw investor inflows of $31.7 billion (£26.6 billion) in the first nine months of 2021, twice the total they attracted in the whole of 2020, according to the consultant ETFGI.

Other managers make use of the “bond ladder” concept, reinvesting the proceeds of maturing bonds in new issues; these new issues come with rates of income fixed in line with current interest rates, rather than the lower rates of the past, providing crucial protection.

Still, before changing your approach, it is worth considering the messages coming from the bond markets, which do not currently appear convinced that sustained interest rate increases are likely. “Short-term yields rose, whereas longer maturity yields, more susceptible to weaker growth expectations, fell quite noticeably,” says Greg Simkin, of Unity Wealth Management, of early November’s reaction to chatter about rate rises, inflation and economic growth.

That implies the bond markets are expecting rates to increase over the short term, but that this will not become a long-term trend. Food for thought for investors pondering whether to reposition their portfolios for a new era of rising interest rates.