Investors seek refuge in passives and capital preservation strategies, but pounce on Tesla amid share price falls and Elon Musk in the media. 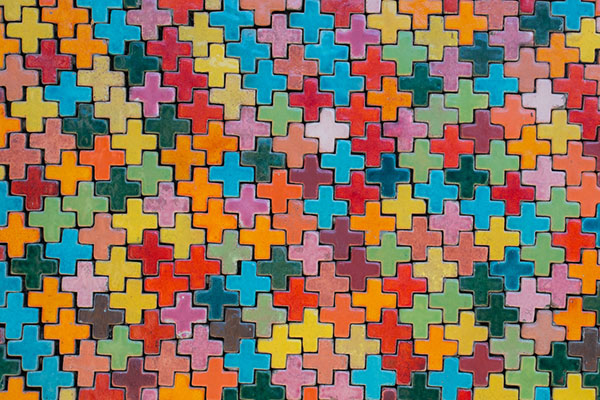 There has been plenty to spook markets during the month of April, and this nervousness has been reflected by a more cautious approach from retail investors.

Inflation is still biting hard, geopolitical tensions continue to intensify, and Asian markets look shaky, not least due to further uncertainty in Beijing around fears of further lockdowns.

At the same time, corporate earnings season continues to rumble on, and has most recently seen some of the world’s largest companies such as Apple, Amazon, and Meta, report their earnings.

While FTSE 100 stalwarts such as Rolls-Royce (LSE:RR.), Lloyds Banking Group (LSE:LLOY), Barclays (LSE:BARC), Legal & General (LSE:LGEN), and Aviva (LSE:AV.) continued to feature in the top 10 in April, there was a high-profile new entrant missing in the previous month: Tesla (NASDAQ:TSLA), which shot in at number six.

April saw the electric vehicle maker experience the biggest one-day share price decline since the height of the pandemic-driven sell-off in March 2020.

In funds and investment trust land, Fundsmith Equity and Scottish Mortgage (LSE:SMT) respectively remained rooted at the top of the table. But it is the Vanguard LifeStrategy range, with its use of passive strategies, which is dominating the top half of the fund best buys.

While investment trust investors flocked to capital preservation, inflation-busting strategies via Capital Gearing (LSE:CGT), Personal Assets (LSE:PNL), and Ruffer (LSE:RICA), alternative energy may have been another way to play the inflation theme, and Gore Street Energy Storage (LSE:GSF) and Greencoat UK Wind (LSE:UKW) were in at fifth and ninth place.

Investors also flocked to one of Britain’s oldest investment trusts, Alliance Trust (LSE:ATST), which made its first top 10 appearance in the ii platform purchases charts in a year, having been absent since April 2021. Launched in 1888, investors may have been seeking solace in its multi-manager strategy to potentially spread risk at an asset manager, as well as a sector, level.

Commenting on the most-bought equities on ii in April, Victoria Scholar, Head of Investment, interactive investor, says: “Once again, investors have stuck by tried-and-tested FTSE blue chips names, but these are then spliced with EV giant, Tesla which sits in the middle of April’s top 10.

“This jump in investor interest around Tesla can be attributed to the media buzz around Tesla’s CEO Elon Musk, and his punchy acquisition of Twitter. But ultimately, shares in Tesla have come under pressure in April, driven by concerns about what the Twitter deal could mean for the EV giant more broadly. After all, many of Tesla’s shareholders will be nervous that the company’s CEO will now be spread too thinly, and therefore distracted by his new role as a social media mogul. This has triggered some opportunistic buying on the back of Tesla’s share price decline.

“What is also worth noting in April is how Russia-linked companies such as Evraz, Petropavlovsk, and Eurasia Mining, which were popular last month with investors keen to lean into the market volatility, have since faded away into the background.

“Looking towards Asia, April has seen a bout of volatility within China’s equity markets, sparked by concerns about Beijing’s zero-tolerance covid approach and what that could mean for the world’s second-largest economy. As such, there has been renewed interest in China-sensitive stocks on the FTSE 100 such as Rio Tinto (LSE:RIO) and Glencore (LSE:GLEN) – both of which were among the most-popular stocks on the interactive investor platform in April.”

Commenting on the most-bought funds and trusts, Kyle Caldwell, Collectives Specialist, interactive investor, says: “Investors are seeing the glass half-empty at the moment, and who can blame them given the various headwinds that threaten to destabilise markets. Reasons to be bearish include Russian’s invasion of Ukraine, inflation at its highest level in decades, and interest rates moving higher. In addition, the bond market has recently been signalling that a recession is becoming more likely.

“Greater caution is reflected by the fact that our top 10 most-bought funds now contain eight passive funds that aim to simply mirror the performance of an index (or use passive strategies in the case of the Vanguard LifeStrategy range). The two active funds are Fundsmith Equity, the most-popular fund among our customers, and Baillie Gifford Positive Change (in ninth place).

“A year ago, just four funds in the top 10 were either an index fund or an exchange-traded fund (ETF). To me, this reflects that investors are looking to ensure their portfolios are well-diversified, and to achieve this [they] are preferring the simplicity of passive fund. While the trade-off is that investors going down the passive route are giving up the chance of market-beating returns, there are, of course, no guarantees that an active fund will outperform.

“Among investment trusts, the inclusion of Capital Gearing, Personal Assets, and Ruffer Investment Company in our top 10 is another sign that investors are more bearish than bullish at the moment. The trio are ‘wealth preservation’ investment trusts, which prioritise protecting investor capital. Each one has plenty of defensive armoury to help defend against stock market storms.”