Despite stock market volatility, professional investors are optimistic about this bunch of well-known companies. Here’s who they think will generate big returns for shareholders in 2022. 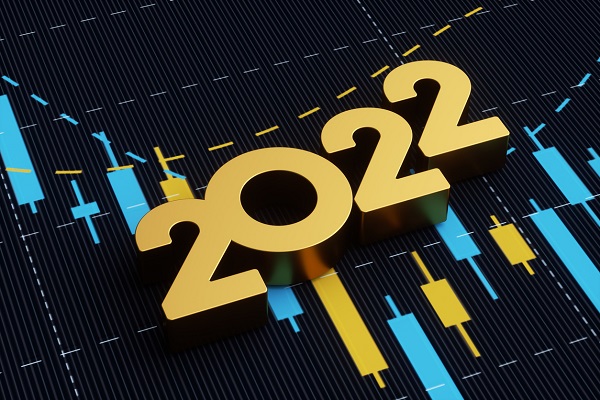 Jefferies said its 10-strong list of large caps and 10 small and mid-cap plays were focused on names where its differentiated view is supported by unique evidence and analysis.

About three-quarters of its “buy” recommendations on the European list rank in the top three quintiles for the value factor, including Shell and BT.

Jefferies says there are three themes underpinning its analysis, including the balance sheet strength working in favour of Compass, Inchcape (LSE:INCH), Shell and Tesco.

Earnings momentum is behind its support for FTSE 100-listed Intermediate Capital Group (LSE:ICP) and clean energy firm ITM Power, while the mis-pricing of assets is the third theme encompassing BT.

The bank's price target on BT is 260p, which represents an upside of 60% on Monday's price and would be the highest level for the telecoms stock since November 2018.

This optimism is based on its £30 billion valuation for fibre broadband infrastructure division Openreach, a figure at the top end of current City forecasts.

Its analyst Jerry Dellis believes Openreach's growth potential is underpinned by first-mover advantage on the fibre-to-the-premises roll-out, coupled with regulatory support and having the lowest cost deployment.

Dellis estimates that alternative network rivals will capture no more than 8% of the UK broadband market as there's “no logical incentive” for Openreach customers to defect in scale.

Support for Shell reflects the belief that the natural gas market will remain tight through to 2025. Jefferies has a price target of 2,200p, representing a 40% upside.

Analyst Giacomo Romeo said: “Shell, as the largest listed name in LNG (liquefied natural gas), is set to benefit more than others from this market dynamic. We estimate that natural gas accounts for 40% of Shell's divisional earnings, the highest exposure in the sector.”

He adds that the recent decision by Shell to restructure behind its London listing will support a significant increase in the pool of shares available for buybacks. He believes that this figure should double to $2 billion (£1.5 billion) a quarter from $1 billion (£755 million) currently.

The company's customer-led energy transition strategy also lends itself to higher returns and a more efficient capital allocation policy than if it had pursued renewables capacity expansion.

On Tesco, Jefferies has a target price of 350p compared with 287.6p seen on Monday.

It notes that the supermarket trades at a significant valuation discount to European peers, despite continued success winning share in a resilient UK grocery market and having a clear path in terms of shareholder returns.

Compass shares have endured a choppy year, but Jefferies said revenues, margin, and balance sheet trends were positive in 2021 as the workplace caterer benefited from increased outsourcing penetration and the struggles of regional peers.

The bank's organic revenues growth forecast for Compass is slightly ahead of the City consensus and should eventually improve to at least 20% above pre-Covid levels by 2024.

The shares trade on 17 times 2024 earnings, which is based on Jefferies' assumption for £2 billion of spending on merger and acquisitions and potentially 110p in special dividends. Its target price of 1,900p compares with 1,528.5p on Monday.

ITM Power is the bank's top pick in the rapidly growing green hydrogen space, with its revenue estimates sitting some 20% above consensus on average over the next four years.

Analyst Will Kirkness said: “While 2021 was quieter than some expected on order flow across the industry, we see 2022 as a real inflection and believe that will be reflected in ITM’s bid pipeline and contracts backlog.”

The Sheffield-based hydrogen power equipment maker is currently worth £2.3 billion, but Jefferies believes the shares can more than double from 369.6p to 800p.

Among its other recommendations, alternative asset manager Intermediate Capital has a potential upside from 2,089p to 2,750p and car distribution business Inchcape is rated at 1,140p compared with 858p currently.

Jefferies estimates that Inchcape has £1.25 billion firepower for M&A but that this could be returned to shareholders in the absence of any deals.

Analyst James Wheatcroft said: “The principal focus of original equipment manufacturers (OEMs) is the development of electric vehicles in high volume markets, with distribution in emerging markets to be outsourced to digitally capable operators such as Inchcape.