Oxford Nanopore, the gene sequencing company formerly backed by Neil Woodford, is believed to be close to going public. 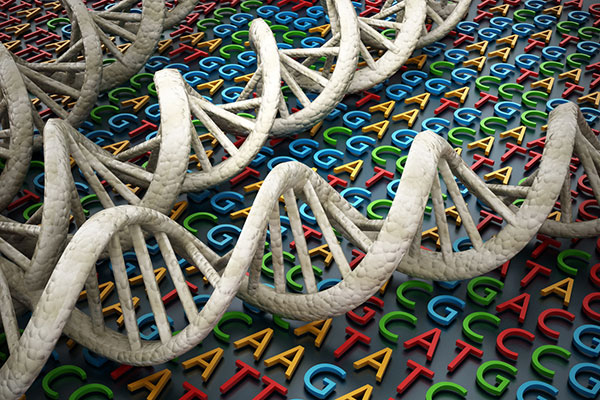 Excitement over this autumn's blockbuster IPO of Oxford Nanopore continues to build after the FTSE 250-listed shares of one of its longest-standing backers rose by 10% this week.

IP Group (LSE:IPO) provided original seed funding to the gene sequencing company in 2005 and has backed numerous follow-on funding rounds, resulting in a stake of 14.5%.

Its holding is estimated to be worth around £350 million based on the near £2.5 billion valuation in Oxford Nanopore's most recent funding round in May, which is likely to be used as the benchmark for pricing of the stock market listing.

The company, which was spun out from the University of Oxford in 2005, said in March that it planned to list in London during the second half of 2021 as it looks to gain access to deeper, international pools of capital to support its growth plans.

It sold its first commercial device in 2015 and since then has expanded its range to larger high throughput sequencing devices suitable for population-scale human genomics.

The past year has demonstrated the importance of its technology as the world sought to sequence the virus that causes Covid-19. Around a fifth of the SARS-CoV-2 virus genomes in the global database GISAID were generated on one of its devices.

As long as market conditions remain favourable, the IPO would be one of the biggest of the year for UK investors. US bank Jefferies recently speculated that the business has the potential to be worth up to £3.9 billion.

IP Group shares opened the week at 127p but were 141p by Thursday afternoon after Reuters reported yesterday that Oxford Nanopore was working with Bank of America, Citi and JP Morgan on the London listing.

Oxford Nanopore is one of two “unicorn” companies with a valuation in excess of $1 billion to emerge from IP's portfolio. The other is Ceres Power (LSE:CWR), which recently generated an exit multiple seven times the cash that IP invested over eight years as a shareholder.

Founded in 2001, IP listed on AIM in October 2003 and moved to London's main market in June 2006. It works in partnership with university start-ups to support and commercialise their intellectual property.

Recent half-year results valued its portfolio at £1.25 billion, with cash realisations of £111 million in the period enabling it to follow 2020's maiden dividend with an interim pay-out of 0.48p a share.

Chief executive Alan Aubrey said the company continued to make strong headway in 2021 after three companies were sold for significant returns and one company floated on Nasdaq.

Its DNA/RNA sequencing technology is used across scientific research, healthcare and industrial settings, with the potential to provide insights in infectious disease, immune profiling and cancer, as well as in food safety and agriculture.

Its recent valuation of £2.5 billion followed a £195 million fundraising that brought in new investors including M&G Investments and Singapore's Temasek. Its revenues more than doubled in 2020 to £113.9 million, with half this figure coming from life science research tools.