It’s all action in the mining world today as City analysts scramble to adjust their stance on the sector. Here are their latest top picks, and some downgrades. 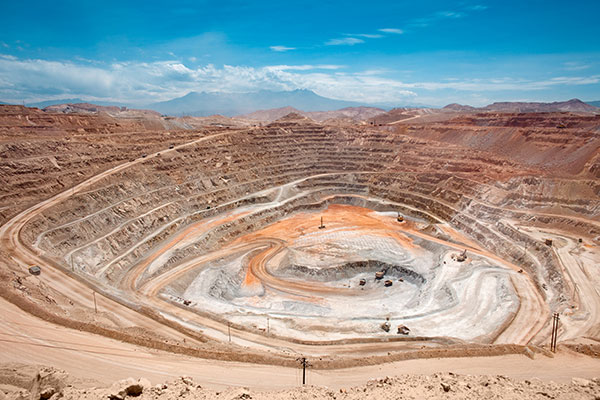 A “buy” list of mining stocks was today dominated by small and mid-cap players as a City firm advised caution on heavyweight companies focused on iron ore and copper.

Its picks reflect stocks with catalysts of their own to drive performance amid expectations for sector earnings to fall by 33% from spot to 2023, a decline principally caused by a fall in prices for copper, iron ore and coals.

Factors working against iron ore include the inflation-linked shock to demand for steel-bearing goods and China’s production cap on locally milled steel.

Liberum’s commodities team instead like platinum group metals as the automotive industry restocks, as well as uranium on the back of stronger nuclear demand. Gold and silver exposure continues to have appeal at a time of currency and globalisation uncertainty.

Alongside iron ore, nickel is out of favour as stainless steel mills destock and lithium is also shunned due to the prospect of more supply on the back of last year’s price spike.

Preferring Glencore with a target of 660p, Liberum said the mining and marketing giant should continue to benefit from the “strategic missteps” of its competitors in exiting coal. The closure of a Department of Justice investigation may also draw a new pool of investors to the company.

It believes South African thermal coal miner Thungela offers exceptional value as global power demand exposes the lack of investment in coal supply. Liberum, which has a price target of 1,800p, expects a combined 640p in dividends from the next two sets of results. The shares have already risen sharply, having been 382p at the start of this year.

Shanta Gold is regarded as the best UK-listed gold exposure with a 29p target price based on “bullish catalysts” over the next six to 12 months from its three assets. Of these, it says the West Kenya project is delivering excellent drill results.

The buy recommendation and 15p target price on Emmerson, which is developing Africa's first large-scale potash mine, assumes the grant of an environmental permit during the summer. It notes that Emmerson has backing from one of Indonesia’s largest conglomerates.

Ferro-Alloy Resources, which is backed by former Xstrata boss Sir Mick Davis via his Vision Blue vehicle, is rated at 72p. It holds the rights to develop and exploit the giant Balasausqandiq vanadium deposit in southern Kazakhstan.

Trident Royalties is a defensive play, with no cost inflation exposure. Liberum, which is at 67p, sees Thacker Pass and Sonora royalties as potential re-rating catalysts in the next year.

Liberum’s otherwise cautious view of the sector in the year ahead is shared by analysts at Deutsche Bank, whose downward revisions today included moving Anglo American from “buy” to “hold” with the target price lowered from 3,900p to 3,500p.

Analyst Liam Fitzpatrick said: “We have been long-standing Anglo bulls, but with the current phase of volume growth largely delivered and risks of the cycle rolling over following two very strong years, we downgrade to hold.”

He sees several near-term headwinds, including elevated capital expenditure increases and the potential for lower dividend payouts compared to peers.

Fitzpatrick said: “Our central case is for a China-driven relief rally into the fourth quarter before prices succumb to weaker global growth. We have cut 2023 prices to below spot and consensus levels on expected short-term surpluses.”