This specialist fund type tends to blow hot and cold, but currently has plenty of momentum, points out Saltydog Investor. 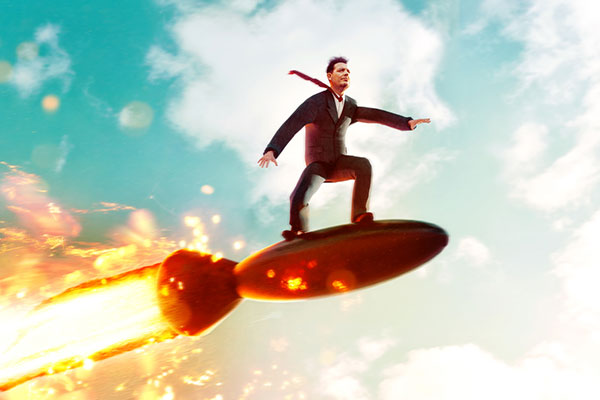 The war in Ukraine has highlighted the folly of Europe’s reliance on Russia for its oil and gas. Prior to the war, prices were already rising as demand was beginning to pick up as the world emerged from lockdowns.

It has also raised concerns over security of supply. To rectify this, plans are being put in place to increase energy production within Europe, but it is a big hole to plug. At the same time, countries are trying to reduce their carbon emissions, which means any new production needs to be sustainable. Wind and solar are part of the solution, but there’s a growing realisation that atomic energy has to be in the mix.

France produces around 50% of the European Union’s nuclear power, and has new reactors under construction and going through planning. Germany, which at one point had plans to shut all its nuclear power plants, has been forced to rethink its strategy.

In the UK, we already generate around 15% of our energy from our existing nuclear reactors. The government has recently announced that eight new nuclear reactors will be built, taking our nuclear capacity from 7GW to 24GW by 2050. This will include some small 0.5GW reactors, like the ones Rolls-Royce (LSE:RR.) and GE Hitachi are working on.

There is one investment trust that we cover in our analysis, Geiger Counter (LSE:GCL), which invests in uranium exploration and production stocks.

Therefore, it can invest in companies involved with things such as solar or wind power, hydroelectricity, tidal flow, wave movements, geothermal heat, biomass or biofuels, hydrogen and other types of fuel cells and batteries.

These funds had a good run in 2020, when countries were going into lockdown and governments were talking about ‘building back greener’ and ‘net-zero strategies’. They then levelled off for most of 2021, but had a boost at the back end of the year when the UK hosted the UN Climate Change Conference (COP26).

Unfortunately, the momentum waned and their prices fell steeply. They went down by around 20% from last year’s highs. They have started to pick up again and with plans being formulated to increase wind and solar capacity, they could continue to run. 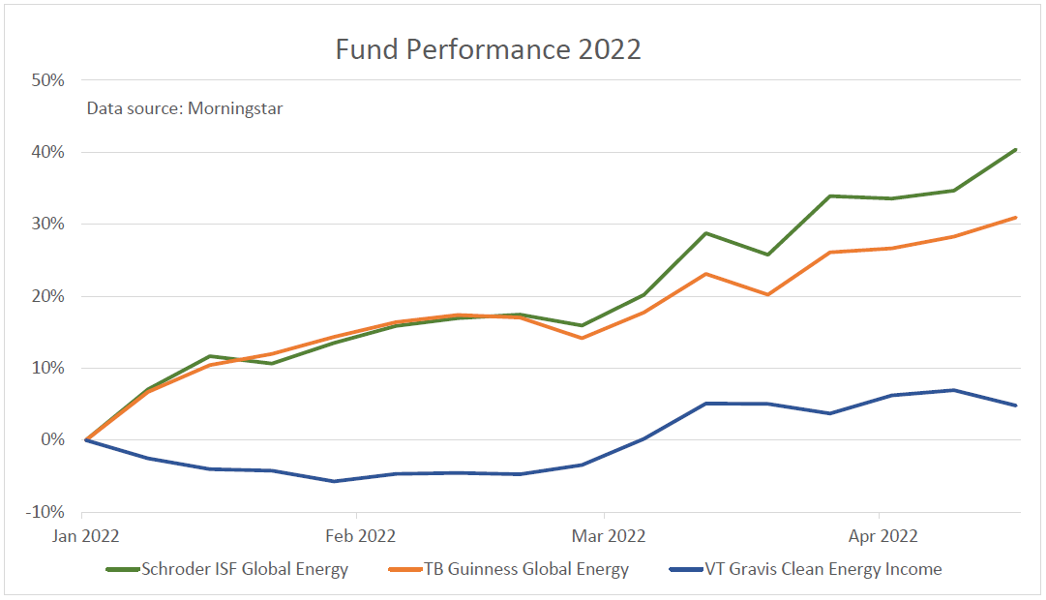 Even the VT Gravis fund, which has not done as well as the other two, has gone up by over 8% since the beginning of March. TB Guinness Global Energy is up 14%, while Schroder ISF Global Energy has made 21%.

So far this year, the Guinness fund has risen by over 30% and the Schroder ISF Global Energy fund, which was the best-performing fund in the first quarter of the year, has gained more than 40%.