Coronavirus hit the market hard, but it quickly showed its resilience. Our award-winning AIM writer explains why. 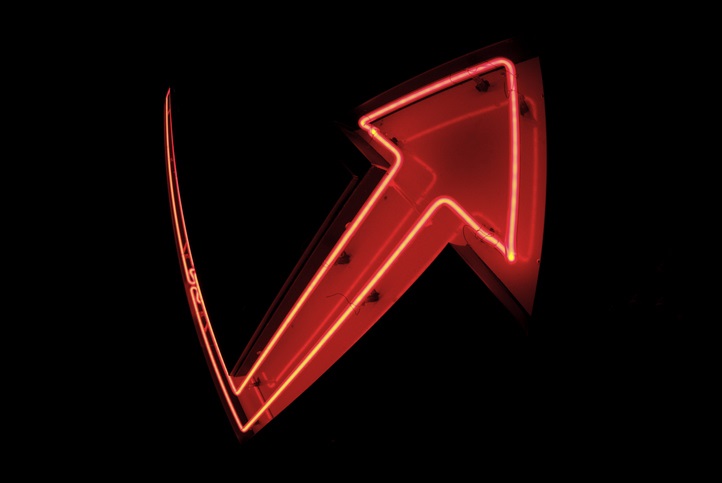 It is six months since AIM reached its 2020 peak on 20 February, and it has proved more resilient than many other markets. The initial decline was sharp, but AIM bounced back.

Trading levels are improving each month, and AIM companies have been able to raise the cash they require to maintain strong balance sheets during the period of uncertainty caused by Covid-19.

The amount raised by secondary fundraisings up until July this year is £3.4 billion, which is slightly more than the £3.35 billion raised in the whole of 2019 and not far from the £3.94 billion raised in 2018. Consumer and healthcare companies dominate the amount of money raised. The former is mainly due to big cash calls by Boohoo (LSE:BOO) and ASOS (LSE:ASC), while healthcare companies have raised cash to pursue the development of Covid-19 treatments and tests.

There have not been many new companies willing to brave the stock market in general. AIM new admissions have raised £157 million this year.

The index has recovered and is down 1.8% over six months, which hardly seems much of a change considering the levels that the index fell to over the period. The decline since the beginning of the year is 0.8%.

Because of its online bias, the AIM retail sector has risen by 13.9%. However, travel and leisure has halved and financial services, one of the sectors with a big weighting in the index, has fallen by 13.7%.

Their performances are different since the start of the year, with the AIM 50 2.9% lower and the AIM 100 outperforming the UK-focused index over this period with a 2.1% fall. There are more mining companies in the AIM 100 and the higher gold price has helped its performance.

This is still a much better performance than the FTSE 100 index and other measures of main market performance. The FTSE 100 is down 19.1% over six months and has fallen 21.1% over the year as a whole. The decline of the FTSE All Share index is similar.

AIM has not outperformed all markets. Nasdaq seems to go to new highs every few days and it has done much better than AIM and the Dow Jones Industrial index - which is down more than AIM.

Nasdaq is dominated by pharmaceutical and technology companies, which have been strong performers, although industrials have done particularly well.

Financials are still well down on the start of the year. The Nasdaq 100 does not include financials, so this is probably behind its relatively strength compared with the Nasdaq Composite.

Trading volumes have been soaring on AIM since the beginning of the year. They really took off in March, when the market was plummeting. The high trading volumes have continued, and peaked in July when average daily trades were more than 74,000. That is a total of more than 1.7 million trades.

In the first ten years of AIM there is only one when the total number of trades in a whole year was more than for July 2020. That was in 2000, at the height of the internet boom, when there were 1.97 million trades.

Last year, there were 10.2 million trades, with five million of them in the first half. There have been nearly as many trades in AIM shares so far this year as in the whole of 2019, and by the end of September the figure could be well past the yearly peak of 11.5 million trades for 2017.

AIM tends to be viewed as an illiquid market and these figures show how things have changed. There are still plenty of illiquid shares, though.

Online retailers ASOS and boohoo have dominated trading activity in recent years, and this continues.

However, these companies have become less important. They accounted for less than 12% of the trades in June, down from 15% in the same month last year.

The publicity about its supplier working conditions did mean that boohoo generated 382,517 trades during July, which is more than 22% of the total. This was more than six times the total number of trades for ASOS.

Earlier in the year, trading in the pharmaceutical sector was dominated by Novacyt (LSE:NCYT), although that has changed. Novacyt went from a rarely-traded share to one of the most traded on AIM due to its Covid-19 tests sending its revenues soaring. There were 9,332 trades during July, which is outside of the top 25. That is down from 48,946 trades in April, when Novacyt was the fourth most-traded share.

Avacta (LSE:AVCT) trading levels have also been transformed due to the potential for its affimer technology in the treatment of Covid-19.

The pharmaceutical company that has sparked recent investor interest is Synairgen (LSE:SNG). There were 57,340 trades in July after the announcement of positive test results from a phase II trial of SNG001 in hospitalised Covid-19 patients. There was a 79% reduction in patients developing severe disease or deaths. There could be revenues generated from the treatment before the end of the year.

What is slightly more surprising is the growth in trading in alternative energy companies, which are included in the energy sector with oil and gas companies. ITM Power (LSE:ITM) was the sixth most-traded company on AIM during July. Ceres Power (LSE:CWR) was the eighth most-traded company and it was the second on the list in terms of value of trades, with a total value of £364 million.

It is no surprise that the companies with Covid-19 activities are some of the better AIM performers over six months. The Synairgen share price has risen by 1,590%, while Avacta is 537% ahead – which makes it the best performer in the AIM 100.

Novacyt is the tenth-best performer with a 365% gain, even though the share price has fallen by two-fifths in the past four months.

Diagnostics developer Genedrive (LSE:GDR) has risen by 894%, even though the share price has more than halved since May when it received the CE mark for technology designed to detect active Covid-19 infections.

Streaming technology provider 7digital (LSE:7DIG) share price is 767% ahead as lockdowns around the world have increased the use of streaming. However, most of the rise has come in August following the signing of contracts with AI-based social media platform Triller and an unnamed global technology company.

The AIM 100 strong performers, excluding Avacta (LSE:AVCT), are not as biased towards pharmaceuticals. Gold companies Greatland Gold (LSE:GGP) and Pan African Resources (LSE:PAF) have both benefitted from the surge in the gold price. Greatland has published positive exploration drilling news and is the second-best performer with a 179% gain.

Greater demand for online shopping has doubled the share price of Naked Wines (LSE: WINE) and made it the third best performer in the AIM 100. ASOS has also benefitted from the focus on online shopping during lockdown, enhancing its recovery.

Demand for online video games has also boosted Frontier Developments (LSE:FDEV). At the beginning of May, the games developer upgraded its guidance range for its operating profit in the year to May 2020 to £11-£13 million. The outcome is likely to be at least £16 million.

At the other end of the scale, Jet2 owner Dart Group (LSE:DTG) has fallen by nearly two-thirds and Johnson Service Group (LSE:JSG), which provides linen cleaning services to hotels and restaurants has more than halved. Both companies have had substantial fundraisings in the past few months.

Watkin Jones (LSE:WJG) has slumped by 48%. The company develops student accommodation and private rental housing, which it sells on to institutions. It was hit by the construction shutdown, but there was net cash of £37.5 million at the end of March 2020.

When developments get finished will determine its outcome for 2019-20. There is scope to sell development projects if more cash is needed and the long-term demand for the core operations will remain strong.

Overall, AIM has come through the past six months in good shape. It has been a liquid market and has been able to provide additional cash to the companies that require it. The outperformance of the main market may not continue to be as pronounced, but AIM has shown how it has matured over 25 years.