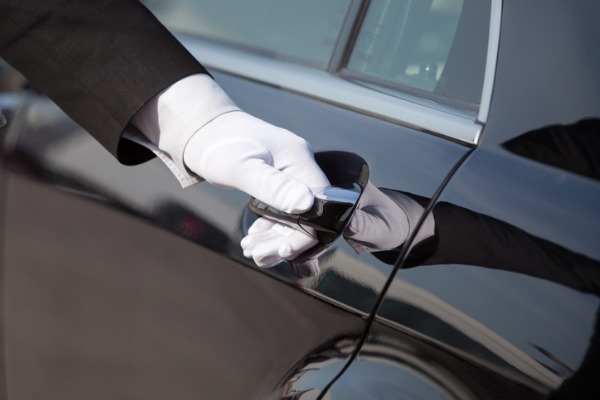 A £142,000 bonus for the new boss of Aston Martin Lagonda (LSE:AML) has put the luxury car maker on a collision course with shareholders ahead of its annual meeting next Tuesday.

The AGM diary for next week also sees HSBC (LSE:HSBA) become the latest big bank to have its climate change policies put to a shareholder vote. In addition, there's heightened scrutiny over the £8.4 million received by Reckitt Benckiser (LSE:RKT) boss Laxman Narasimhan last year and the £250,000 set aside by M&G to pay for a car and driver for chief executive John Foley.

At meetings this week, Lloyds Banking Group (LSE:LLOY) won strong support from shareholders for its remuneration report after 94.35% of votes were cast in favour. Pendragon (LSE:PDG) saw one of the biggest revolts of the AGM season so far when 42% of votes went against its pay report after the car retailer paid its chief executive Bill Berman a £413,000 bonus.

Despite a promising first year with Canadian tycoon Lawrence Stroll behind the wheel, the luxury car maker is facing pressure over its level of pay in relation to performance.

Chief executive Tobias Moers, who was appointed last May on a salary of £850,000, was awarded a bonus of £142,000 representing 20% of his maximum opportunity after the remaining financial element of the scheme was removed due to the impact of Covid-19.

But Institutional Shareholder Services (ISS) believes there's a “material disconnect” between bonuses for executive directors and performance, particularly as the company took £13 million of government support and needed equity fundraisings during the year.

The governance advisory group has recommended shareholders vote against the remuneration report, while it has also raised concerns about the lack of diversity on the board. There is currently one woman out of eight board directors, with the percentage of 12.5% being well below the 33% recommended in the Hampton-Alexander Review.

Glass Lewis has gone further than ISS by arguing that shareholders should hold the chair of the nomination committee accountable by voting against Stroll's re-election. The advisory group believes there's been too little disclosure about how Aston Martin plans to tackle the issue.

Stroll, who is also executive chairman, said in the annual report: “We acknowledge the need to do more in the area of diversity including in relation to the senior management of the company, and so this will be a continued focus for the committee.”

Having endured a tough start to life since the joining the stock market in 2018, Aston Martin is increasingly winning support from investors on the back of its Project Horizon transformation plan overseen by F1 motor racing financier Stroll. He came on board in April last year as part of a consortium's £688 million cash injection.

The £250,000 cost of a car and driver for chief executive John Foley has attracted attention, particularly in a year when the majority of his time has been spent under lockdown.

The benefit, which is equivalent to almost 25% of Foley's near £1 million salary, is a legacy of his previous employment at M&G's former owner Prudential (LSE:PRU), which demerged the investment group in late 2019. His total taxable benefits, which also include healthcare and security costs, amounted to £320,000 in 2020 and were £309,000 the year before.

ISS said it was not clear “why such large benefit payments, particularly pertaining to car and chauffeur services, are considered warranted.”

In its reply to the voting advisory group, M&G explained that Foley's driver is an employee of the company and that this meant the cost of the car and driver were incurred throughout 2020 despite the reduced actual usage as a result of the pandemic.

Foley, who was appointed M&G chief executive in 2017 following 17 years within the Prudential business, has agreed to materially reduce the taxable benefit from this year.

ISS said its concerns about the level of the CEO's benefits are exacerbated by Foley's “generous” salary package, which it said offered a return much higher than peers of a similar size.

The single remuneration figure for Foley came to £3.88 million in 2020, including a bonus of £1.45 million after he achieved 59% of the maximum opportunity. There were also long-term incentive payments worth £995,000.

Despite the concerns, ISS and fellow voting advisory group Glass Lewis have recommended shareholders vote in favour of the company's remuneration report.

The highly competitive pay packages on offer for senior management at the Cillit Bang, Nurofen and Dettol firm have attracted shareholder attention in the past, with 18% of votes going against the remuneration report at last year's AGM.

ISS thinks this year's report may not find universal acceptance either based on the size of 2020 pay for CEO Laxman Narasimhan.

His base salary of £950,000 has been supplemented by variable remuneration of more than £4 million. In addition, awards to compensate for remuneration arrangements forfeited when leaving PepsiCo, his previous employer, in 2019 took the final figure to £8.4 million.

But ISS has recommended shareholders vote in favour of the report, adding that strong growth across most key performance indicators should be taken into account.

It noted that revenues growth of 11.8% compared favourably with the upper quartile of its peer group and was above the company's targeted mid-single digit growth. No staff were furloughed or government support taken during the Covid-19 pandemic and net debt also reduced.

ISS said: “In the round, the final quantum does not raise any material concerns as pay is broadly considered to be aligned with performance.” Fellow voting advisory group Glass Lewis is also in favour, noting there are no issues considered to be particularly contentious.

The greening of finance continues to be a big theme during the AGM season, with banking giant HSBC the latest to put its climate policy before a vote of shareholders.

The group set out its strategy last October, including its ambition to reduce emissions in its operations and supply chain to net zero by 2030 and to transition its provision of finance to net zero by 2050 or sooner.

It said: “We believe no other bank of our scale and geographic footprint, particularly in emerging markets, has set such a significant footprint.”

The resolution before shareholders also commits the bank to publishing and implementing a policy to phase out the financing of coal-fired power and thermal coal mining.

It has been included after months of negotiations between the bank and a coalition of investors led by campaign group ShareAction, which earlier this year filed a separate shareholder resolution calling on the bank to reduce its exposure to fossil fuels.

The proposal was withdrawn but ShareAction has warned it may take further action next year if it is unsatisfied with the bank's implementation of the new commitments.

ShareAction's senior campaign manager Jeanne Martin said: “HSBC must ensure that its coal phase-out policy includes a clear commitment to stop financing coal developers and top coal companies and to ask its clients to publish their own coal-phase out plans by 2023 at the latest.”

Earlier this month, the environmental lobby group Market Forces tabled a resolution at the Barclays AGM calling for the bank's financing and exposure to coal, oil and gas to fall in line with the Paris Agreement’s climate goals. The motion was supported by 14% of the votes cast.