There’s been some big drops, but as Andrew Pitts points out, this made both portfolios cheaper as discounts have widened. 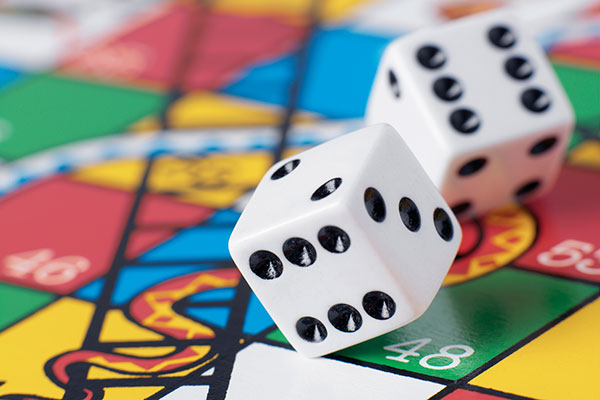 Andrew Pitts’ trust tips were first introduced by Money Observer several years ago. In the summer of 2020, Andrew took over the portfolios. The trust tips are made by Andrew and not interactive investor. There is an editorial update of the portfolios every quarter.

Let’s not beat about the bush. Torrid best describes the recent experience for investors in my investment trust tip portfolios.

The FTSE All-World and FTSE All-Share benchmark indices are now well ahead of the cautious and adventurous portfolios over three and six months and over a year to 31 March.

The first quarter of this year was where the most significant damage was done, on both comparative and absolute measures. However, the first few weeks of April showed signs of a recovery.

In the previous quarterly review to end 2021, I suggested that rising inflation, interest rates and a less rosy outlook for global growth would likely lead to the conservative portfolio outperforming in the near term.

That has been the case, although the conservative tips’ -10.5% loss versus a -15.5% drop for the adventurous portfolio over the quarter still leaves a bitter taste.

The war in Ukraine is piling on more pain for investors in the two portfolios, as soaring commodity prices – led by oil and gas – feeds through to even higher inflation and a more challenging outlook for the world economy.

Data from fund information specialist FE Analytics reveals that neither of the portfolios has much exposure to current market drivers: basic materials such as energy and metals. It is just 3% for the adventurous portfolio and 4.3% for the conservative choices.

That helps to explain the recent significant underperformance of the portfolios versus the benchmark indices – particularly the FTSE All-Share, which ended the quarter with a 0.5% gain (the FTSE All World Index was down -2.5% in sterling terms). Some of the FTSE All-Share’s largest constituents are energy and mining companies, which had already been in demand before war broke out and prices spiked even higher.

Fans of the portfolios can take some comfort from the fact that disappointing returns were seen across the board in the first quarter – figures from stockbroker Stifel show that the average total loss for the investment trust (excluding 3i) sector was just shy of 8%. Also, nearly all equity-focused investment trust sectors saw their ratings fall. The only sectors to experience positive changes in premium/discount ratings were UK equity and bond income, financials, UK commercial property, renewable energy infrastructure, UK commercial property, infrastructure securities and commodities & natural resources.

The conservative and adventurous portfolios are designed to appeal to private investors who want a broad spread of exposure to global stock markets with a sprinkling of more specialised strategies. The tips were first introduced in Money Observer magazine and their performance has been monitored as portfolios since 2014.

Despite the disappointing performance over the past year, since 2014 both portfolios have made generous returns, led by the adventurous tips, which are up 157.7% versus 55.2% for the FTSE All-Share and 149% for the FTSE All-World Index.

The more risk-averse choices in the conservative portfolio have returned 115.6%, which is more than double the FTSE All-Share’s gain.

The table shows that the conservative tips have afforded more protection from market weakness, with the performance differential between the two portfolios narrowing over three and five years.

Source: FE Analytics. Past performance is not a guide to future performance.

The blended growth and value strategy pursued by the managers of JPMorgan American (LSE:JAM) continues to bear fruit. Although a return of 0.5% over the quarter is slim pickings, it is not only the best performer among all 20 trusts across the portfolios, but also continues to beat the benchmark S&P 500 Index, which is no mean feat. Over the past year, the trust has also been the best equity-focused trust, returning 28.5% versus 19% for the S&P 500.

The high index-linked bond component of Capital Gearing’s portfolio continues to bolster its overall returns (the shares were down just 0.4% over the quarter). But it has not been immune to market weakness, particularly in Japan. The trust’s largest equity holding is the iShares MSCI JP ESG Screened exchange-traded fund, representing 3.6% of the portfolio, while overall yen exposure is 7%. Over the quarter, the Nikkei 225 Index was down -9.5%, although the broader Topix Index posted a smaller -3% loss in sterling terms.

Investors in JPMorgan Japanese (LSE:JFJ) suffered a shocking quarter in which the shares fell -22.1%, the worst show in the conservative portfolio and – perhaps surprisingly – poorer than its adventurous cousin Baillie Gifford Shin Nippon (LSE:BGS).

In a previous review, I outlined some concerns about the trust, but I am loathe to seek an alternative during such a difficult period for markets generally. However, its previous strong outperformance has evaporated over the past 18 months or so. Therefore, JPMorgan Japanese could be a candidate for the chop when the annual review of the portfolios is conducted later in the year.

UK smaller company specialist BlackRock Throgmorton (LSE:THRG) also suffered a very poor quarter with the shares down -21.9%, dragging its one-year returns into negative territory. At -4.6%, this is only marginally worse than the sector average, so investors willing to look beyond immediate weakness would be advised to focus on the trust’s stunning longer-term record.

Perhaps the most disappointing numbers in the portfolio are those from Schroder Asian Total Return (LSE:ATR), down -12.7% over the quarter and -11.1% for the year. The trust’s managers have previously proven adept at countering market weakness with clever use of futures and options.

However, the trust’s annual results to end 2021 were particularly encouraging, with a heavy underweight position in China (12.8% versus 33% for the MSCI AC Asia Pacific ex Japan index) contributing to meaningful outperformance of the benchmark.

Over longer periods the trust – which has an overweight position in technology stocks that the managers believe are world leaders and have a sustainable competitive edge – has a very strong record. Analyst Numis points out that under Schroders’ management since March 2013, the trust has returned an annualised 10.8% versus 7.1% for the index benchmark.

How the conservative constituents fared in the first quarter*

Notes: * Holdings ranked by three-month performance. Not all constituents were members of the portfolios over the time periods stated. Data source: FE Analytics as 31 March 2022. ** AIC stands for Association of Investment Companies.  Past performance is not a guide to future performance. 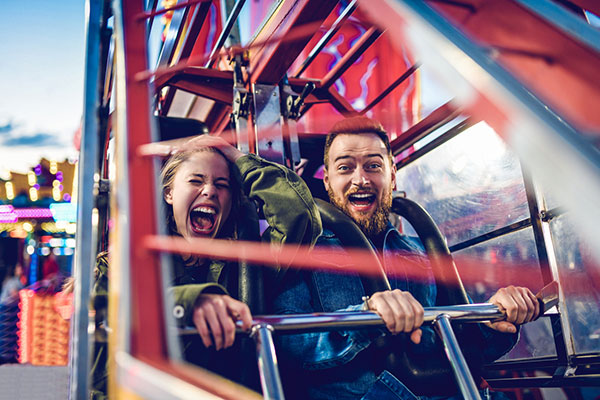 Adventurous trusts with higher gearing, more concentrated portfolios and a focus on growth rather than value or blended strategies suffered higher losses than most of their conservative cousins.

Mobius Investment Trust, added to the portfolio last summer during the annual review, continues to ride above the general gloom in global emerging markets (at least for those countries that are not beneficiaries of the commodity price spike). Its 5.2% loss over the quarter was the best in show, and it is also the portfolio’s best-performing equity-related holding over a year, up 27.8%.

The managers’ skills at spotting under-researched and undervalued small to mid-sized companies is paying off, in stark contrast to the recent performance of other trusts in the adventurous portfolio that also favour smaller companies with good long-term growth prospects.

Shareholders in Henderson Smaller Companies (LSE:HSL), Baillie Gifford Shin Nippon (LSE:BGS) and Montanaro European Smaller Companies have suffered from general aversion to risk and a preference for ‘jam today, not tomorrow’, with losses of -18.6%, -19.5% and -23.5% respectively. The market mood also help to explain the recent poor showing from Monks (LSE:MNKS) (-18.9%), Allianz Technology (LSE:ATT) (-19.7%) and Baillie Gifford US Growth (LSE:USA) (-21.3%).

The portfolio’s second-best performer was Dunedin Income Growth (LSE:DIG), with a loss of -6.5%. However, it has not benefited much from investors’ rotation into ‘value’ stocks in sectors such as banks, energy and other commodities, which it avoids, unlike many other UK equity income trusts.

In the near term that strategy is likely to lead to comparative weakness against other equity income trusts. The same can be said about the conservative portfolio’s choice, Finsbury Growth & Income (LSE:FGT), which has long focused on ‘quality growth’ companies, many of which are out of favour, but have proven their worth for manager Nick Train over the past decade and more.

After nearly three decades of watching how the ebb and flow or stock markets is magnified in the performance of investment trusts, I am confident that both portfolios will eventually bounce back, and that when they do, they will do it in style.

How the adventurous constituents fared in the first quarter*

Notes: * Holdings ranked by three-month performance. Not all constituents were members of the portfolios over the time periods stated. Data source: FE Analytics as at 31 March 2022. ** AIC stands for Association of Investment Companies. Past performance is not a guide to future performance.

Andrew Pitts was editor of Money Observer from 1998 to 2015. He holds shares in Capital Gearing.