Discover how interactive investor’s rated funds performed in the three months up to the end of March. 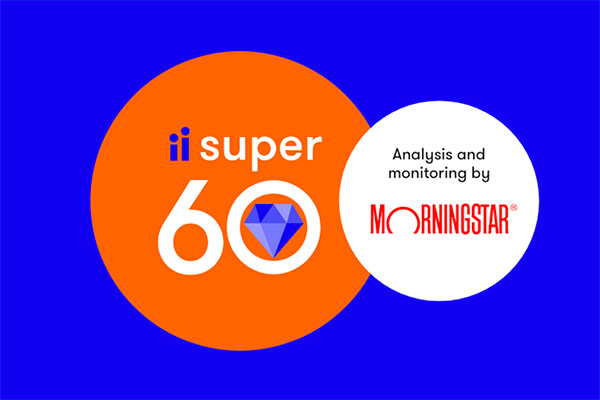 While it might feel like the world is returning to something more like normal after two years of pandemic life, investment markets remain a rollercoaster, with some areas that had climbed the highest in recent years suffering sharp falls. On the whole, risk assets had a difficult quarter, but a rally from US equities in March meant that the losses for the quarter for global equities were not as bad as initially feared.

Investors began the year spooked by rapidly rising inflation and its possible impact on rates. As a result, the highest growth stocks where valuations are typically more stretched suffered strong pullbacks. That's because these company’s earnings, which are mostly in the future, are worth less when discounted back to today, and as such so is the company. This backdrop of rising rates and inflation created a very difficult market for bond investors, with perceived safe-haven government bonds faring the worst.

Turbulent markets were then compounded by the first war in Europe since the Second World War, having to weigh up the impacts of sanctions, potential energy crises, supporting actors or even a nuclear escalation. This created a market where equities and bonds were both falling, a nightmare for investors, and as a result only 15 funds on the Super 60 list delivered a positive absolute return.

Positive absolute returns were found in parts of the market that have been less in vogue in recent years. Commodities were the big winner as inflation and the impact of the war in Ukraine have driven them higher, but inflation has also been positive for infrastructure, property and value stocks, which often have stronger current earnings streams but slower or declining growth. They are also, generally, more mature companies that have greater degrees of pricing power to push through inflationary price increases.

Given the rapid increase in many commodity prices it is no surprise that WisdomTree Enhanced Commodity ETF USD Acc (LSE:WCOA) was the top-performing fund on the list, delivering an absolute return of 27.4% over the quarter. This is mainly driven by rising energy prices. West Texas Intermediate (WTI) oil, the second-largest exposure in the fund, started the quarter at around $75 a barrel and ended it at around $105, having touched $120. Brent crude, the fourth-largest exposure in the fund, went from $77 to $114, and touched $133.

Natural gas makes up most of the rest of the energy exposure and has rallied from around $3.5 per million units to over $6 per million units. In January, the trajectory for these had been upwards, as demand was strong and supply chains stretched. The war in Ukraine then sent these gains into overdrive, as the world scrambled for oil supply and countries reliant on Russian gas searched for ways to keep homes heated. The inflationary pressures were evident in the rest of the portfolio too, with many agricultural commodities and industrial metals seeing large price rises.

Elsewhere, in a related asset class but without quite as much success the iShares Physical Gold ETC (LSE:IGLN) was one of the top performers on the list, delivering a return of 9.9% for the quarter. Gold’s success as an inflation hedge or in rising rate environments is much debated and generally inconclusive, but its nature as a store of value is undoubted. With the war in Eastern Europe and unfavourable conditions for bonds, investors turned to gold over the quarter, breaching $2000/ounce at one point for only the second time since records began, before pulling back towards the end of the quarter.

Two other real assets funds also performed strongly, FTF ClearBridge Global Infrastructure Income XInc returning 9.9% as the inflation theme drove returns. The fund did very well against other Infrastructure funds as it has heavy exposure to the energy sector. The other strongly performing real assets fund was BMO Commercial Property Trust (LSE:BCPT), which delivered 11% return despite a minimal net asset value (NAV) gain, as the discount that had opened up continues to narrow, from almost 40% a year ago to around 7.5% now.

Rounding off the list of the five strongest-performing strategies was the Murray International (LSE:MYI) investment trust, which was up around 9.6%. The trust has a value tilt, which was helpful, as was an overweight to Asia and Emerging Markets, which are at a different stage in the inflation and rates cycle. A narrowing of the discount also boosted performance.

The inflation story was once again the key driver of the worst-performing funds on the list, anything with a growth bias being in for a tough time. The clearest example of this is Scottish Mortgage (LSE:SMT), which was down 23.3%. This investment trust, the UK’s largest and managed by Baillie Gifford, is one of the purest vehicles to access “blue sky” growth, namely some of the highest potential growth or fastest-growing companies worldwide, including a chunky allocation to unquoted companies. This has brought almost unrivalled success to the trust, but the lofty valuations these companies carry leave them exposed to rising rates and inflation. Of the trusts 52 listed holdings, 26 lost more than 30% in base currency over the quarter, including top holding Moderna (NASDAQ:MRNA), with other names such as Delivery Hero (XETRA:DHER) and Shopify (NYSE:SHOP) losing over 50%.

Another Baillie Gifford trust, Baillie Gifford Shin Nippon (LSE:BGS) had a troubled quarter, losing 19.5%. Baillie Gifford manage their funds with a growth bias, which is no different here, but this is also a small-cap fund, and smaller companies suffered significantly over the quarter compared to larger, more mature companies that generate cash now. Smaller companies come under pressure from inflation in a number of ways - it can affect their valuation similar to growth stocks, it can make it harder for them to raise money through debt without a very high coupon, and it can challenge the viability of the businesses in general, as rising costs for pre or recently profitable businesses may cause severe issues.

This smaller company impact was also part of the reason that abrdn Global Smaller Companies and Henderson Smaller Companies (LSE:HSL) had challenging quarters, losing 19.5% and 18.6% respectively alongside their growth biases.

The final company on the worst five performing strategies was Fidelity China Special Situation (LSE:FCSS), down 19%, with around 4.5% of that due to discount expansion. Chinese stocks dived sharply in early March as it emerged that Russia had asked them for aid in their efforts in Ukraine. As a result, investors considered whether sanctions imposed on Russia may also spread to China, which is why the index lost 10% in a few days.

The Super 60 investments list has been selected by investment experts to help narrow down the wide choice of available investment products. We believe it represents a set of high-quality choices, across different asset classes, regions, and investment types.

However, you should note that the selection of Super 60 investments list is not a ‘personal recommendation’. This means we have not assessed your investment knowledge, your financial situation (including your ability to bear losses), your investment objectives, your risk tolerance, or your sustainability preferences.

You should ensure that any investment decisions you make are suitable for your personal circumstances, and if you are unsure about the suitability of a particular investment or think you need a personal recommendation, you should speak to a suitably qualified financial adviser.

The value of your investments may go down as well as up. You may not get back all the money that you invest.

Investing in emerging markets involves different risks from developed markets, in many cases the risks are greater.

The value of international investments is affected by currency fluctuations which might reduce their value in sterling.

All funds listed are the Accumulation version of the fund, where available, where any income generated within the fund is reinvested automatically. Income versions of these funds may also be available for investors looking for income generated to be paid directly into their account.

Annual performance can be found on the factsheet of each fund, trust or ETF. Simply click on the asset’s name and then the performance tab.

Any changes to the Super 60 investments list and the rationale behind those decisions will be communicated through the Quarterly Investment Review.

Details of all Super 60 recommendations issued by ii during the previous 12-month period can be found here.

ii adheres to a strict code of conduct. Members of ii staff may have holdings in one or more Super 60 investments, which could create a conflict of interest. Any member of staff involved in the development of research about any financial instrument in which they have an interest are required to disclose such interest to ii. We will at all times consider whether such interest impairs the objectivity of the recommendation.