It has been a subdued start to the year, but performance over the past year has been stellar, writes Andrew Pitts. 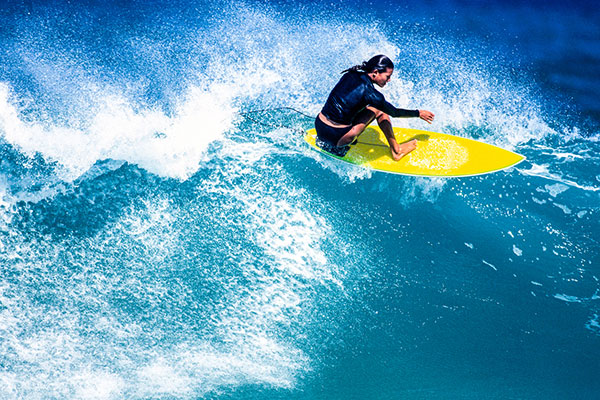 Andrew Pitts’ trust tips were first introduced by Money Observer several years ago. In July 2020 Andrew took over the portfolios. The trust tips are made by Andrew and not interactive investor. There is an editorial update of the portfolios every quarter.

A resurgent US dollar, a continued appetite for UK equities and a general rotation out of ‘growth’ sectors such as technology have all had an influence on the performance of the conservative and adventurous trust tips in the first quarter of 2021.

The tips were first introduced in Money Observer magazine and their performance has been monitored as individual portfolios to cater for different appetites for risk since August 2014. Investors interested in the constituent trusts should be aware that they are predominantly equity-focused so they should expect them to follow the general direction of global stock markets.

In the first three months of this year, both portfolios have underperformed the benchmark indices we measure them against. The FTSE All-World Index (which includes emerging markets) returned a very respectable 4.2%, but this was eclipsed by the 5.2% gain from the FTSE All-Share Index, the second consecutive quarter that the UK index has outperformed.

The first quarter of 2021 has been underwhelming for the trust portfolios: the conservative version, which tends to eschew trusts which employ high levels of gearing and highly concentrated portfolios, did not budge. However, one of its constituents let the side down badly, losing 12%.

The adventurous portfolio also disappointed, losing 2.4%, with weak performance led by trusts focused on the US, technology and Japanese smaller companies.

However, one cold snap does not a winter make, which is amply demonstrated by the very strong longer-term numbers for both of these portfolios. Over one year, both have trounced the benchmarks we monitor. The conservative portfolio is up 46% and the adventurous version has rocketed 59.3%. Both compare very favourably against index returns of 26.7% for the All-Share and 39.6% for the All-World indices.

Investors who have been willing to take on the higher implied risks of the adventurous portfolio have been particularly well rewarded – over five years the portfolio has returned 128.7% versus 94.3% for the All-World index, and since the portfolios’ inception in August 2014 the return has been 167.7% versus 121.7% for the global index.

Investors in the relatively lower-risk conservative portfolio have also seen significant gains – generally keeping pace with the US-dominated All-World index over these longer time periods as well as trouncing the All-Share index. Although performance of UK-listed equities has improved significantly over the past six months, the All-Share’s 9.9% return over three years (compared with 43.4% for the global index and 41.4% for the conservative portfolio) demonstrates how an international focus on equities has provided significantly higher rewards for investors.

We will conduct a full annual review of both portfolios in July.

JPMorgan Japanese (LSE:JFJ) has been a star of the portfolio over one year, returning 71.3%, a performance bettered only by the UK smaller companies specialist BlackRock Throgmorton (LSE:THRG), up 75.6%.

In the past three months, however, JPMorgan Japanese has been a significant drag on the conservative portfolio’s returns. Its three-month share price total return of -12% is by far the worst among all the 20 tips that make up both portfolios (with the Japanese adventurous choice Baillie Gifford Shin Nippon (LSE:BGS) not far behind).

Despite its strong longer-term performance when measured against the Topix index, as well as seven other trusts in the Japan sector, the trust’s level of gearing is of concern, currently 15% of its underlying assets. This is not ideal for the conservative portfolio.

However, all trusts in the sector employ gearing, and only Baillie Gifford Japan (LSE:BGFD) currently shows a lower level, at 8%. As we already hold the latter’s sister trust in the adventurous portfolio, we will hold off from considering any potential swap until the annual review.

Like the Baillie Gifford trusts, manager Nicholas Weindling has a strong focus on ‘New Japan’ – he invests in companies that are driving structural changes in the country’s economic and business prospects, while also favouring quality growth stocks. The majority of the £1 billion trust’s 68 holdings are large companies.

Weindling acknowledges that many of the companies he holds have been priced at a premium and in recent months the market has rotated somewhat towards so-called value stocks in expectation of a global economic recovery. While the share price has fallen 12%, the net asset value (NAV) is down a more palatable 8.5%.

Investment trust analyst Winterflood reckons that Weindling, who has managed the trust since 2007, has adopted a realistic and pragmatic response, by adding to his high-conviction holdings at reduced valuations. When the market settles down, Winterflood reckons investors will again flock to the sorts of companies Weindling holds, and that the current discount is a rare opportunity to invest at a decent price. Investment trust analysts at Investec Securities also have a positive view on the trust’s prospects.

Sister trust JPMorgan American (LSE:JAM) also adopts a high-conviction approach, investing in around 40 large companies. Its investment strategy differs from the Japan trust in that it seeks to capture the best of both value and growth investing philosophies.

To achieve this aim, it has two managers: Jonathan Simon (value approach) and Tim Parton (growth), and since the trust changed to this approach in June 2019 it has outperformed the benchmark S&P 500 Index. It has since gained 42% versus the index return of 36%. It is also the conservative portfolio’s second-best performer over the most recent quarter, returning 5%.

Private equity specialist Pantheon International is not far behind, with a 4.8% gain, but top billing goes to BlackRock Thogmorton, with the UK smaller companies specialist up 5.6%

Although this only ranks in the third quartile of 25 trusts in the UK smaller companies sector, the trust has very strong mid to long-term performance: the one-year gain of 75.6% is stunning, and has helped to build a five-year uplift of 177%.

Francis Brooke, the longstanding manager of our UK equity income choice Troy Income & Growth (LSE:TIGT), is stepping back from fund management at the end of 2021. He has also had two other able hands at the tiller in Hugo Ure (co-manager since 2015) and Blake Hutchins, who was appointed in October last year, having joined Troy in 2019. The shares have been weak over the quarter, down 1.7%, but we will reassess its place in the portfolio at the annual review.

How our 10 conservative choices are performing*

Notes: * Holdings ranked by three-month performance. Not all constituents were members of the portfolios over the time periods stated. Data source: FE Analytics as at 1 April 2021. 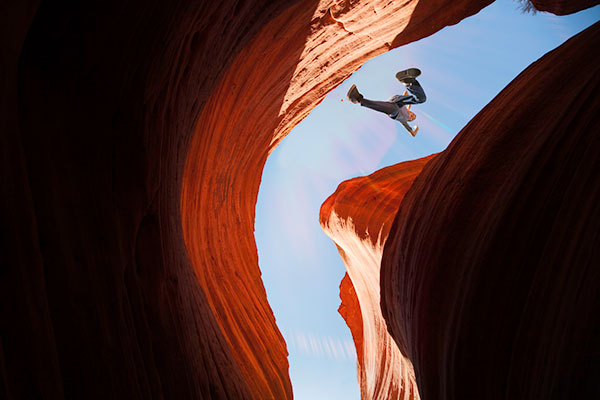 In contrast to the conservative portfolio, global emerging markets and Asia ex-Japan choices have provided the strongest returns over the quarter, usefully offsetting losses from trusts that have not benefited from investors’ recent rotation into cyclically sensitive stocks.

Dragging the portfolio’s recent returns down have been trusts with a strong focus on new technologies and those that have a penchant for the aforementioned ‘quality growth’ companies. Baillie Gifford UK Growth (LSE:BGUK) and Allianz Technology Trust (LSE:ATT), for example, are down 6.4% and 8.8% respectively over the quarter.

Despite Shin Nippon’s recent dip, the trust’s shares continue to trade at a small premium to NAV, which indicates that investors continue to have faith in fund manager Praveen Kumar’s proven stock-picking abilities.

With Standard Life UK Smaller Companies, the situation is more nuanced. Harry Nimmo, who has steered the trust to great success for more than 17 years, in 2015 committed to running the trust until 2022. Investors will be hoping that Abby Glennie, appointed co-manager in November of last year, can continue its strong record if Nimmo does hang up his boots next year.

Analysts at Numis Securities point out the trust can be expected to underperform during a ‘recovery rally’ such as this, but the managers note that such episodes tend to be short-lived. Therefore, some of the trust’s ‘quality growth and momentum-led names’ are now trading on attractive valuations, which provides hope that the trust can resume its benchmark- and sector-beating performance before too long.

Templeton Emerging Markets (LSE:TEM) takes top billing for the quarter. Its 6.5% return is the best of all 20 trusts in the portfolios over the quarter, and the £2.6 billion trust is up nearly 60% over one year. Managers Chetan Sehgal and Andrew Ness have positioned the portfolio so that it has 77% of its assets in Asia excluding Japan, with the highest exposure in the region to China.

The duo have some quite punchy positions in four stocks: Taiwan Semiconductor Manufacturing Co (NYSE:TSM), Samsung (LSE:SMSN), Alibaba (NYSE:BABA) and Tencent (SEHK:700) accounted for just over 40% of assets in early March.

JPMorgan Asia Growth & Income (LSE:JAGI), the portfolio’s second-best performer with a 3.5% return over the quarter, also has TSMC and Alibaba among its top four holdings (around 33% of assets in early March), but is less exposed to either company in comparison to the Templeton trust.

Finally, investors with an eye for a potential bargain might be interested in NB Private Equity Partners (LSE:NBPE). Its shares are up just a little over the quarter but have gained 77.1% over the past year. Despite this very strong performance the shares are trading on a discount of 21% (as at close of trading on 16 April).

How our 10 adventurous choices are performing*

Notes: * Holdings ranked by three-month performance. Not all constituents were members of the portfolios over the time periods stated. Data source: FE Analytics as at 1 April 2021