Faith Glasgow explores the renewable energy infrastructure sector, explaining what the investment trusts invest in and how valuations are calculated. 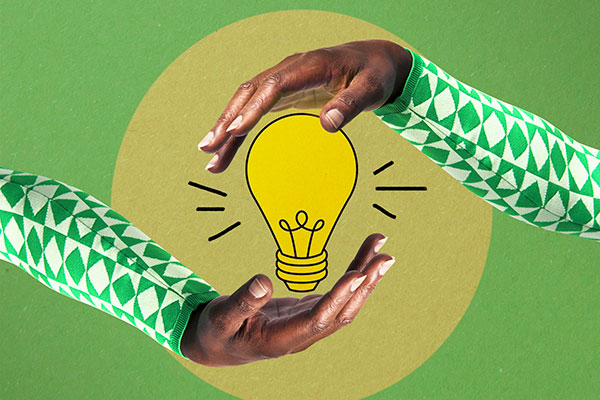 One of the central planks of the UK government’s 10-point plan for a greener future is expansion of the supply of wind and solar energy; so it’s unsurprising that the renewable energy investment trust sector – which invests in wind, solar and hydroelectric projects, and also energy storage initiatives – has been attracting a lot of interest recently.

Indeed, a survey of investment company managers by the Association of Investment Companies (AIC) at the end of 2021 tipped the sector as the top performer for 2022.

Since then, of course, Russia’s war on Ukraine and the disruption of global fossil fuel supplies has sent energy prices through the roof, focusing many governments’ attention firmly on the strategic importance of a more robust domestic energy supply.

Most trusts in the sector in positive territory in 2022

It’s an indication of the perceived benefits of an inflationary environment for green energy trusts that, even in the wake of June’s broad and painful market routs, only four of the 19 renewable energy trusts have recorded share price falls over the past six months, while four others have enjoyed double-digit increases (data from analyst Winterflood to 20 June).

Andrew McHattie, publisher of the Investment Trust Newsletter, emphasises that while the invasion may have provided a boost for renewable energy sources, these trusts were already in high demand.

“At the end of January, so three weeks before the Russian invasion of Ukraine, the renewable energy infrastructure sector stood on an average premium of 7.4%, compared to 6.3% today [after a week of exceptional market volatility].

“These trusts were already highly rated because of their attractive yields and for their exposure to one of the major themes of our age. The transition to clean energy goes far beyond the recent spike in energy prices,” he says.

Other factors at play

William Heathcoat-Amory, an analyst at Kepler Trust Intelligence, agrees that there have been many other factors underpinning the sector’s high rating beyond the war’s impact on energy costs. “Inflation linkage was coming more to the fore as an attraction, but power prices (or volatility in prices, for the battery funds) haven’t really been a feature until recently,” he observes.

What have these factors meant for the prices of the underlying investments - the net asset values (NAVs) - of these trusts, which are only updated periodically?

“The double booster of rising inflation and short-term power price increases were reflected in fairly significant uplifts in the quarterly NAV valuations for most renewable energy trusts at the end of March,” says Ben Newell, an analyst at Investec.

Investec’s note on inflation (20 May) includes the NAV increases over the first quarter from a selection of renewables trusts. There’s surprising diversity, with uplifts ranging from 1.7% for Octopus Renewables Infrastructure (LSE:ORIT) to 14.5% for JLEN Environmental Assets (LSE:JLEN). That’s a reflection of different methodologies in calculating the NAV, adds Newell.

Basically, renewable energy assets - wind farms or solar plants, for instance – are similar to those in the mainstream infrastructure sector, in that they tend to have fixed terms of 30 to 40 years once they’re up and running. That means, among other things, that trusts need to think about reinvesting cash or raising more capital by issuing shares, simply to avoid their NAVs declining over the years as the assets depreciate.

“Portfolio valuations are calculated periodically using discounted cashflow models into which various assumptions are plugged,” explains Newell. “These include power price forecasts, inflation, interest rates and energy yields. The models provide a forecast of cashflows for the anticipated life of each underlying asset, to which a discount rate is applied to calculate a valuation.”

Revenues are comprised of government subsidies and the sale of power generated. Subsidies are typically inflation-linked, while the revenue from the sale of power is shaped by short-term power prices, or in some cases based on a fixed price received. “Different assets rely on different combinations of subsidies and power prices, and countries also have differing subsidy and electricity market regimes,” he adds.

The trusts in this sector have therefore adopted a range of focuses, in terms of technology or geographical area. As Heathcoat-Amory observes: “As the sector has evolved, each entrant has sought to exploit different niches and differentiate itself.”

Dividend yield is better indicator of value for this sector

Moreover, not all funds stand to benefit equally from movements in power prices. Most sell a proportion of their electricity forward, to give them greater visibility on revenues into the future; Greencoat UK Wind (LSE:UKW) is the most exposed to current prices, and has therefore felt the full benefit of price hikes this spring.

Clearly, assessing and monitoring renewable energy trusts is quite a complicated business. In fact, McHattie suggests that because the whole valuation process is based on assumptions that may not be directly comparable between trusts, or entirely reliable, “yield is in some ways a better indicator of value than the asset value for this sector”.

So, bearing in mind the attractions of the sector in the current environment and the current market uncertainty, how should investors proceed?

One consideration to bear in mind is the possibility that chancellor Rishi Sunak will extend the £5 billion windfall tax planned for oil and gas companies to include other energy companies, including renewables, though so far nothing more has been announced.

However, as a recent note from broker Stifel observes: “The complications and wrong signals from applying a tax to renewable energy means it is a relatively low risk, and even if something was implemented it would have a modest impact.”

Stifel takes the view that, all things considered, this is a definite buying opportunity and investors "should use the recent falls in share prices to increase weightings in a sector that is benefiting from higher inflation and higher power prices”.

It’s a perspective shared by other analysts. At Kepler, Heathcoat-Amory adds that investors’ longer-term interest in income, and more recently in investments offering climate change solutions, means that despite this year’s fillip to demand, “share price premiums [to NAV] are actually not that far out of line with long-term averages”.

Newell agrees. “We think current premia are pretty undemanding, especially as share prices have come off recently. Investors have to take a view around the likelihood of a windfall tax hit, but companies are certainly well placed to benefit from higher inflation and higher power prices.”

However, suggests McHattie, there may be a better way to gain exposure than simply buying shares in the market. As he explains, many trusts return to the market regularly for more capital from secondary fund-raising, so the premium to NAV will often contract at this time; these corporate actions can provide useful entry points.

“Chunky premiums to NAV can evaporate quite quickly, so there is some additional risk here, but equally, the yields of between 5% and 6% from assets with considerable inflation protection should be supportive,” he adds.

As far as specific recommendations are concerned, Stifel points out that although all the renewables trusts have said they will increase dividends, only Greencoat UK Wind is increasing its dividend in line with the retail price index. “We think this RPI linkage is an attractive attribute in the current environment,” comments the broker.

Since its launch in 2013, Greencoat’s dividend target has risen by 28.7% cumulatively – in line with the RPI rise of 26.3% over the same period – according to Kepler. “More recently, while the inflation link is undeniably attractive, the trust’s unhedged exposure to the energy price has marked it apart from peers. This puts Greencoat in an unrivalled position to benefit from continued elevated energy prices, not to mention inflation,” comments Heathcoat-Amory.

Against that, the trust would be particularly vulnerable to any extension of the chancellor’s windfall tax on profits.

For a more balanced approach to the sector, McHattie argues that it makes a lot of sense to hold trusts with a mix of solar and wind exposure, such as Octopus Renewables or Renewables Infrastructure Group (LSE:TRIG). “Very simply, it is often windy when the sun is not shining, and vice versa,” he comments. “Not all analysis is highly technical.”